The Cathedral Prep and Seminary, Elmhurst, varsity basketball could not be stopped this season. As of Feb. 16, the team rattled off 17 straight victories and clinched the No. 1 seed for the upcoming CHSAA ‘B’ Division playoffs. The Crusaders are led by fifth-year head coach Erich Naumann. 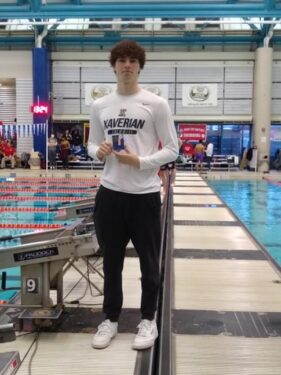 Meanwhile, Xaverian senior Aidan Rikic finished first in the city in the 100-meter freestyle and also broke the 20-year-old school record with a time of 46.45.

The St. Francis Prep, Fresh Meadows, boys’ varsity basketball team ascended to the No. 1 spot in New York City, as ranked by NYCHoops.net, thanks to a recent statement victory over local hoops powerhouse Cardinal Hayes H.S., the Bronx.