At the 2021 Italian-American Baseball Foundation award ceremony on Dec. 2, “Disco” Dom Scala was honored with the Achievement Award. Originally from Brooklyn, Scala played at St. Francis Prep, Williamsburg, before attending St. John’s University, Jamaica. He later served as the New York Yankees bullpen catcher from 1978 through 1986. Most recently, he was the head baseball coach at Adelphi University, Garden City, L.I. 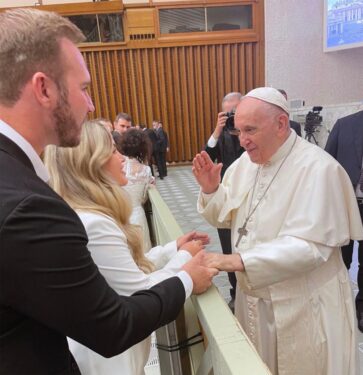 Pope and the Polar Bear

Konchalski, a daily communicant at Our Lady Queen of Martyrs in Forest Hills, was known throughout the Diocese of Brooklyn as a consummate gentleman who produced the renowned High School Basketball Illustrated newsletter – a vital resource for college hoops coaches up and down the East Coast. He died Feb. 8 at the age of 74.