Christ the King H.S., Middle Village, senior boys’ basketball player Brandon Gardner will continue his hoops career next fall at St. John’s University, Jamaica. The 6-foot-8-inch forward transferred to Christ the King prior to this season and is set to take the floor with the No. 16-ranked team in the nation.

Blankmeyer is the winningest coach in St. John’s baseball and Big East Conference history. After a brief stint coaching minor-league ball, he returned to Queens this fall as an adjunct associate professor in the Division of Sports Management.

Perone grew up in Bath Beach, before playing baseball at Bishop Ford H.S., Park Slope. The St. Francis College, Brooklyn Heights, grad worked for the Brooklyn Cyclones for 20 years before accepting the general manager position of the Atlantic League’s Staten Island FerryHawks prior to last season. 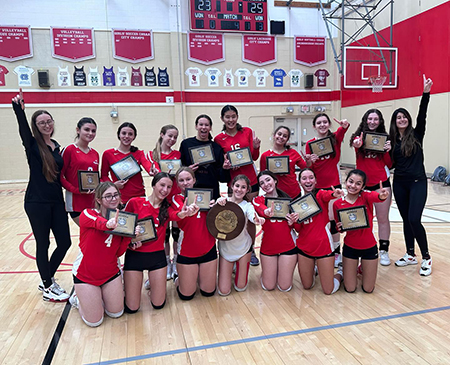