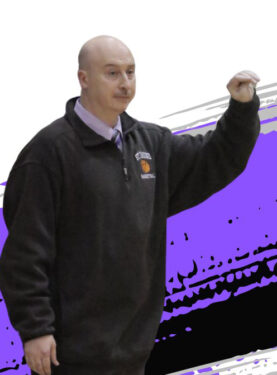 Dan Wiatre, head varsity boys’ basketball coach at St. Edmund Prep H.S., Sheepshead Bay, won his 200th career game on Dec. 10 with a 94-61 victory over All Hallows H.S., the Bronx. Wiatre, who also serves as the school’s athletic director, has coached the Eagles since 1996.

Following two years off due to the COVID-19 pandemic, the famed Msgr. King Basketball Tournament
will return to St. Thomas Aquinas, Flatlands, parish from Dec. 26-30.

From its beginnings in 1962, the Msgr. King Tournament has featured top boys’ varsity high school teams in New
York City and beyond. The tournament is named after former St. Thomas Aquinas pastor Msgr. Jeremiah King, who in 1954 oversaw a fundraising campaign to help construct three new parish buildings, one of which was the basketball gymnasium.

At the time it was founded, the tournament was the first high school basketball tournament to be played at a grammar school gymnasium in the U.S. Since then, the legend has grown, with the likes of former NBA stars Chris Mullin and Metta World Peace taking to the gym’s iconic green floor.

The Bishop Loughlin H.S., Fort Greene, boys’ varsity basketball team will be competing Dec. 26-30 in the 40th anniversary edition of the Governors Challenge, one of the largest holiday high school basketball tournaments in the country. Sponsored by Under Armour and hosted in Salisbury, Md., it features 110 U.S. boys’ and girls’ teams.