St. John’s Prep, Astoria, girls’ varsity basketball star Alexandra Tarul has committed to continue her hoops career in college at Fordham University, the Bronx. Just a junior, the talented guard has already notched two Tablet All-Star nods in as many years. Last season, the Red Storm team captain and MVP averaged 14.5 pts., 7.0 rebounds and 4.0 assists per game en route to being selected to the GHCSAA ‘A’ All-League team. 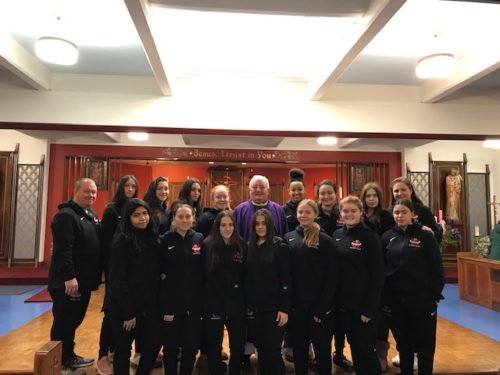 The St. John’s University, Jamaica, women’s volleyball team won the 2019 Big East championship with a stunning four-set victory on Nov. 30 over the No. 12 ranked Marquette University, Milwaukee. The win secured the Red Storm’s third-ever trip to the NCAA Tournament.

This marks the Johnnies’ first appearance in the tournament since their Round of 16 run in 2007. The team also advanced to the Round of 32 in 2006.

“First of all, we thank God for allowing us to do what we love and allowing the players on our team to stay healthy all year for the most part, so first we want to thank God because nothing happens without him,” Persico said. “I think we had great team chemistry over the last few weeks, which was really great. We’ve always had good team chemistry, but I thought in tough moments, we stayed composed.” 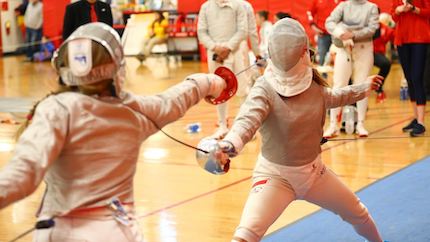 The St. John’s University, Jamaica, men’s and women’s fencing teams competed at the Brandeis Invitational on Dec. 1, combining for a perfect 9-0 record. The Johnnies finished undefeated as a team and combined to win 159 individual matches.

The women’s fencing squad defeated fencers from MIT, Brandeis, Wellesley, Yale and Boston College to finish 5-0 as a collective unit. The men’s program waltzed through four fencing programs to finish the tournament with a 4-0 record.