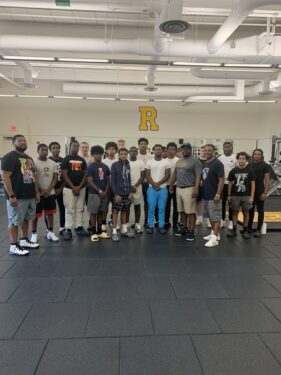 To get ready for the CHSFL fall season, the Holy Cross H.S., Flushing, varsity football team took a visit to the University of Rochester, N.Y., for a tour of the facilities. Rochester coach Randy Moore was a Holy Cross football player and graduated in 1998.

Former St. John’s University, Jamaica, fencing standout Daryl Homer is competing in the Tokyo Olympics. This is his third Olympics, having also competed in the 2012 and the 2016 Summer Games. He won a silver medal in individual saber at the 2016 Olympics.