Former St. John’s University, Jamaica, men’s basketball standout Zendon Hamilton is back with the Red Storm as the program’s coordinator of basketball operations. Hamilton ranks seventh on the Johnnies’ all-time scoring list and fourth in rebounds. The Floral Park, L.I., native went on to play six seasons in the NBA.

“It feels so good to be home and to be a part of this family that has such a storied tradition because of all of the great players and coaches over the years,” Hamilton said. “I want to thank Coach Mike Anderson and Mike Cragg for this opportunity to come back home and continue to be a part of this great St. John’s Basketball program.” 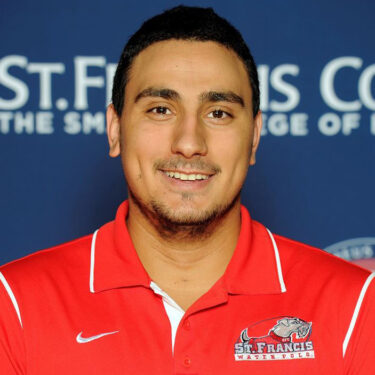 The program continues to rank among the top in the nation. The Terriers have captured 10 Northeast Conference championships and have made four appearances in the NCAA Final Four.

“I admire what this program represents, and it’s an honor and privilege to come back to be the men’s water polo head coach at my alma mater, a place that is a big part of who I am today,” said Duretic, who will also serve as assistant coach of the St. Francis women’s water polo squad.