Former St. John’s University, Jamaica, women’s soccer standout Rachel Daly was a member of the English National Team that just won its first-ever UEFA Women’s EURO title. In her three years for the Red Storm, Daly set the school’s career records for both goals (50) and points (111). She started every match at left back as host country England defeated Germany for the tournament title.

In 10 appearances, Rodriguez went 2-2 with a 2.17 ERA and held opponents to a .246 batting average while not allowing a home run over 37.1 innings pitched. As a graduate student with the Red Storm this past season, he logged a team-high 63.2 innings pitched and struck out a team-best 53 batters. 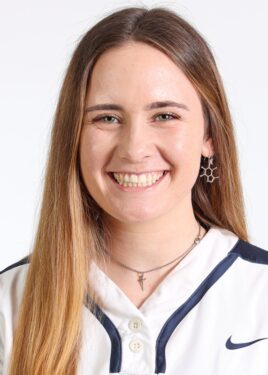 The St. Joseph’s University Brooklyn, Clinton Hill, softball team was crowned the 2022 NCAA Division III statistical champion in batting average, runs per game, and doubles per game. As a team, the Bears compiled a .393 batting average and .485 on-base percentage, knocking program single-season records of 407 hits, 105 doubles, and 21 home runs. The Bears also averaged 9.08 runs per game to finish as the top scoring team in the nation.

Meanwhile, senior Ashleigh Hartwig was the individual statistical champion in on-base percentage with a .619 average en route to be named Skyline Player of the Year for the third time.