The CHSFL has released its full schedule for the upcoming fall season. Some marquee matchups include a Week 3 bout between Xaverian H.S., Bay Ridge, and Holy Cross H.S., Flushing, as well as a Week 4 matchup between St. Francis Prep, Fresh Meadows, and Christ the King H.S., Middle Village.

Former Holy Cross H.S., Flushing, baseball standout Jaylen Palmer has joined the Brooklyn Cyclones. Before his promotion, the New York Mets farmhand batted .276 in 66 games for the St. Lucie Mets, the organization’s Low-A affiliate. Now with the High-A club, the infielder and Canarsie native is back in the borough where it all began. 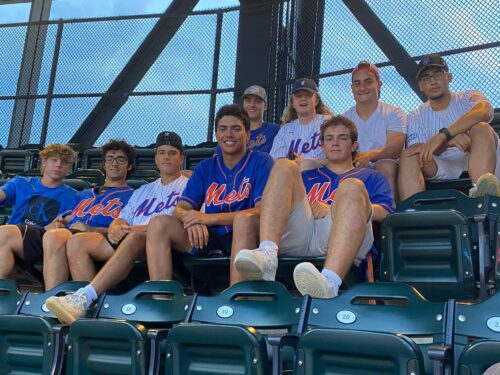 Take Me Out to the Ballgame!

The St. Francis Prep, Fresh Meadows, varsity baseball team held its awards night ceremony at a special venue: Citi Field in Flushing. The L’il Terriers enjoyed a New York Mets game while also being honored for the achievements during the CHSAA season.