St. Francis Prep, Fresh Meadows, graduate and former basketball standout Emily Engstler has transferred to the University of Louisville, Ky. She spent the last three seasons playing at Syracuse University, N.Y., where as a junior this past season she averaged nearly a double-double with 10.5 points and 9.1 rebounds per game. 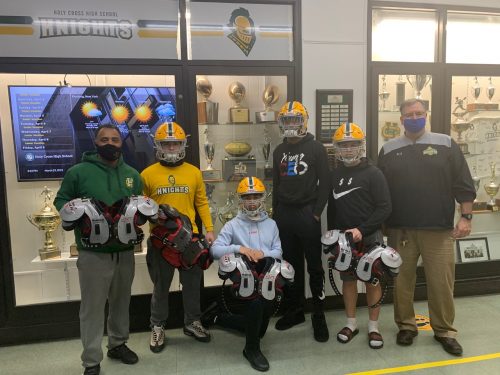 Dean Marlowe, a safety on the Buffalo Bills who graduated from Holy Cross H.S., Flushing, made a generous donation to his alma mater. Marlowe provided the football program with new speed flex helmets and shoulder pads. In Week 8 of the past NFL season, Marlowe earn The NFL Way to Play Award, which recognizes the best examples of playing technique each week.

The Red Storm entered the Big East Tournament as the top seeded squad after finishing 10-3 overall and 6-2 in conference play. The Johnnies fell to Marquette University, Milwaukee, in the tournament’s semifinal round.