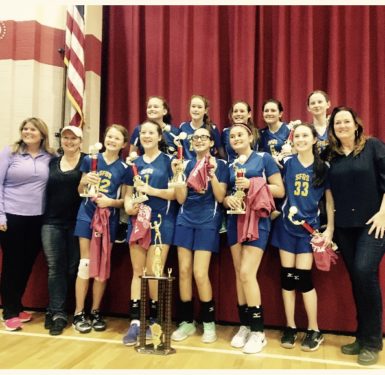 St. Joseph’s College, Brooklyn, announced the signing of six high school players who will be joining the Bears this fall. Of those six, three played in the local GCHSAA league.

Breezy Point native Samantha Rom is a defender for Bishop Kearney H.S.’s soccer team. She was a team captain who was named the Tigers’ M.V.P. last season. She also earned a roster spot on the GCHSAA Mayor’s Cup team.

“I chose SJC because it offers me the opportunity to be able to get a quality education as well as playing soccer,” Rom said. “The school provides a close-knit, community feel, which I like and I’m looking forward to seeing what the next few years will have in store for me.”

Emily Farrell is also a member of the Bishop Kearney team, playing primarily as a defender and also a midfielder.

“St. Joseph’s is the ideal school for me because it is full of opportunity,” Farrell said. “I strive to excel and improve in both soccer and my education which are the two most important aspects of my life right now.”

Alexandra Rowland is set to join the Bears by way of St. Saviour H.S., Park Slope. She was a three-year varsity player as a defender for the Pandas.

“I chose to study at SJC because I felt that it was a place where I could strive and put forth my best self,” Rowland said. “I chose to play soccer for the same reason; it is a passion that I didn’t want to give up.”

Two local GCHSAA basketball players are headed to Colorado Springs, Colo., to try out for the 2017 FIBA Americas U16 Championship for Women in Buenos Aires, Argentina, June 7-9.

The trials were held May 25-29 and featured 141 athletes from around the country. Among the bunch were sophomore guard/forward Tori Hall from Archbishop Molloy H.S., Briarwood, and freshman forward Natalija Marshall from Christ the King H.S., Middle Village.

The U.S. team will play Colombia, Mexico and Puerto Rico in the Group B preliminary round. Group A is made up of Argentina, Canada, the Dominican Republic and Venezuela. The top two teams from each group will face off in the semifinals on June 10. The gold and bronze medal games will be played June 11.