Even though the Collars defeated the Scholars, 5-3, in softball at MCU Park’s Catholic Schools Night June 25, Sister Shirlee Tremont, M.F.P., of St. Bernadette, Dyker Heights, was declared the Most Valuable Player for her two-hit, two-RBIs performance.

“This is really cool,” said the slugging Sister Shirlee, a former Div. 1 softball player at Temple University. “It’s great and it was so much fun and the families had a great time and so if that’s an opportunity to bring families together and enjoy themselves and I get a trophy on top of it. It’s all good. So thank you.”

Until next year’s game… 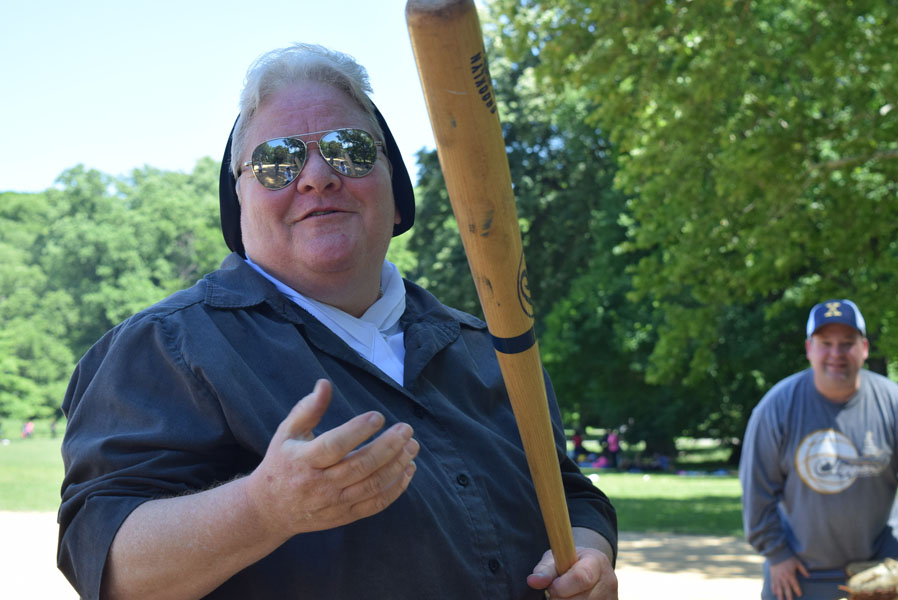 Related: Kids Were Winners When Collars Took on Scholars