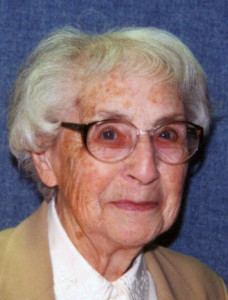 She entered the Amityville Dominicans in 1927 from St. Joseph parish, Babylon, L.I. In 1928, she received her religious name, Sister James Celeste, and professed her vows the following year.

She went to Puerto Rico in 1948 and taught for one year at Holy Rosary H.S., Yauco. In 1949, she joined the pioneer faculty of Catholic University at Ponce and taught sociology and history and later chaired the social science department.

From 1970 to 1975, she resided in St. Agnes Convent, Rockville Centre, L.I. She spent one year in the classroom teaching Spanish, but illness necessitated a move to guidance for two years, and later being employed part-time by The Long Island Catholic.

From 1975 to 1980, she was audio-visual coordinator at St. John the Baptist H.S., West Islip, L.I. She retired to St. John the Evangelist Convent, Riverhead, L.I., in 1980 and volunteered in the parish and at Catholic Charities until 1988. For one year, she lived at Little Flower Convent, Montauk, L.I., and volunteered in the parish and school. From 1989 to 1992, she was administrative assistant at Siena Spirituality Center, Water Mill.

In 1992, she moved to the motherhouse in Amityville and volunteered in the Communications Office.

A Mass of Christian Burial was celebrated on Thursday, Jan. 17 in St. Albert Chapel, Amityville. Interment in the Sisters’ Cemetery followed.