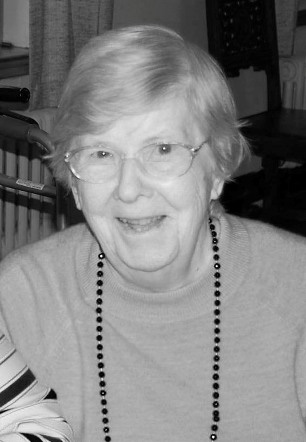 Sister Julia Hannigan, M.M., a Brooklyn-born Maryknoll missioner to China, died Aug. 15.  She was 99 years old, and just six and a half weeks shy of her 100th birthday.

She joined Maryknoll Sisters on Dec. 8, 1933, with a passion to minister in China, a calling she fulfilled through work in teaching, catechetics and counseling in Tung Shek, Hingning and Kaying, South China.

Placed under house arrest in 1950, and taken with other Maryknollers including martyr Bishop Francis Xavier Ford to a Canton prison in 1951, Sister Julia was deported by the Communist regime to Hong Kong. Three months later, in September of 1951, she went to the island of Mauritius, off the African coast, having been requested to help in the evangelization of the Hakka Chinese flocking there to escape the Communist regime.

After several assignments in the U.S., she returned to Hong Kong in 1964, and worked in parish ministry for the Catholic Welfare Center teaching religion to refugees at the Hong Kong Refugee School until 1971. She then taught CCD classes at a government school in Kowloon, where she also organized a children’s recreation center, 1971-74.

Since 1974, she held several assignments in America and then served at the Maryknoll motherhouse.