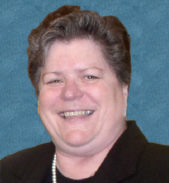 Sister Catherine (Kay) Crumlish, R.S.M., a member of the Sisters of Mercy, Mid-Atlantic, passed away on Jan.12 in Brooklyn after living with cancer for several years. She was 78.

Sister Catherine spent her early years as an educator serving as an inner-city teacher at Holy Rosary Parish, Bedford-Stuyvesant. Her ministry in education continued as an administrator at the Dwayne Brathwaite School in Brooklyn.

Beginning in 1980, Sister Kay began her work at Mercy Home for Children and Adults in Fort Greene, where she worked with persons with developmental challenges. She became the executive director of Mercy House in 1991, and collaborated with clients, families, staff, administrators, volunteers and board members to provide the best residential and respite care possible.

“Her commitment to children with special needs was not a secret,” said Sister Frances Picone, R.S.M., at Sister Kay’s funeral Mass. “Summer after summer, Kay and a sister friend would take a group of young people off to see so many wonders of the world. Imagine what impact Kay had with so many throughout these years!”

Sister Kay stepped down from her role as executive director at Mercy House in 2015 because of her ongoing battle with cancer.

“When I became executive director, she stayed on for six months to help me transition,” said Janice Aris, the current executive director at Mercy Home. “Then she stayed in touch. She came to family spirit day, to Mercy day, she was always present, and she was a great supporter of the programs.”

Sister Kay remained committed to serving others, and visited the sick to minister to them and acted as chauffeur to many of the sisters at Mercy House.

Aris says that Sister Kay also helped pilot the Plant Grow Gift program at Mercy Home in which intellectually and developmentally challenged people in the home take part in growing vegetables to give to local kitchens and food pantries. The food grown went to feed those in Mercy Home, as well.

“As a Sister of Mercy, she was kind, loving, compassionate, caring and most of all she was fun! Her hearty laugh would brighten and bring joy to each day,” Sister Frances said.