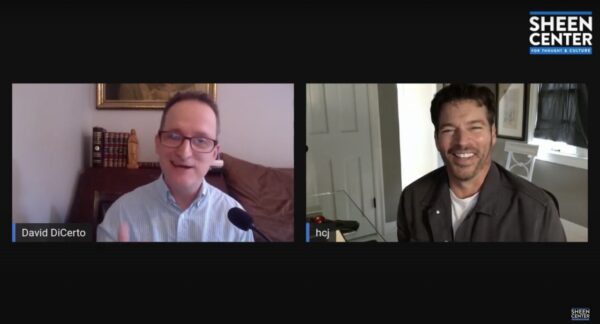 Singer Harry Connick, Jr. spoke with David DiCerto about the tragic personal losses of two friends to COVID-19: his mentor Ellis Marsalis, Jr. and Monsignor Richard Guastella, the priest who gave him his first job in New York, celebrated his wedding ceremony, and baptized one of his daughters. (Photos: Sheen Center, Youtube) 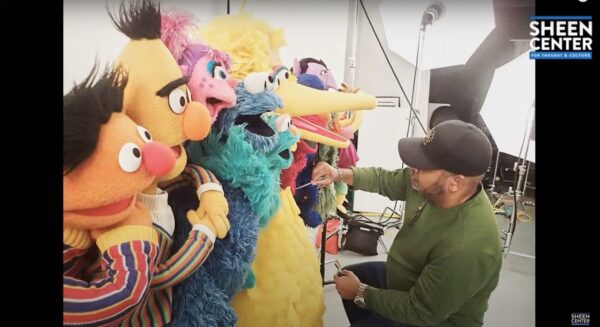 In June, Louis Henry Mitchell, creative director of character design at Sesame Workshop, spoke about his art, inspiration, and faith. 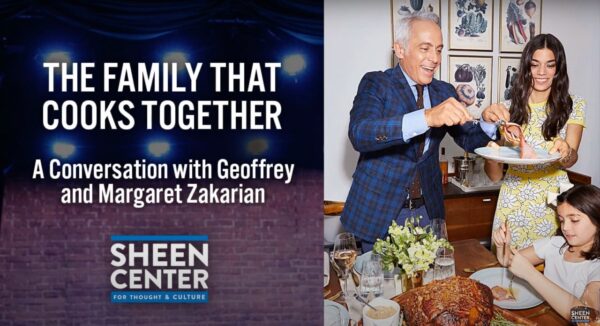 In October, celebrity chef, restaurateur and author Geoffrey Zakarian and his wife Margaret, a producer and entrepreneur, talked about food, family, and the role meals play in bringing people together. They also discussed their charitable work to help in the fight against hunger, as well as their new cookbook, "The Family That Cooks Together," written by their daughters Madeline and Anna. 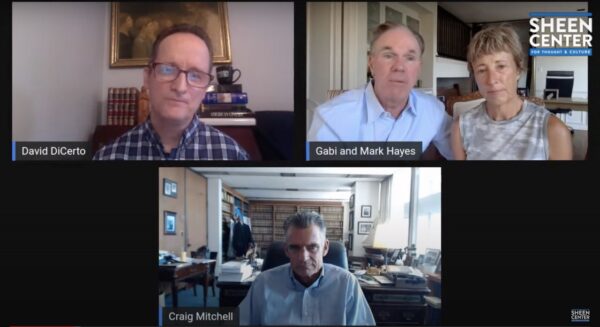 NOHO — The Sheen Center for Thought & Culture, like the rest of the New York arts community, had to reinvent its programming after closing to the public on March 12. The entire spring 2020 season was canceled, the fall 2020 season was reconceived, and staff and operation costs were considerably scaled back.

“The Sheen Center is more than bricks and mortar. It’s an idea that beauty can transform hearts, enlighten minds, and nourish souls. On that count, we are still very open for business,” said David DiCerto, interim executive director of The Sheen Center. “We had always wanted to expand into the digital space, but it seemed like we never had the time when we were juggling a full season of live events on our stages.”

He found solace and inspiration from both Pope John Paul II and Pope Paul VI, who once said, “The world in which we live need beauty in order not to sink into despair.” The arts, in DiCerto’s opinion, have been most needed throughout the pandemic.

“We chose the three theological virtues as the title of the series as a way of affirming that, even though the world has certainly changed as a result of the pandemic, the things that matter most remain the same — the virtues that sustain us,” DiCerto explained. “They have essentially become our ‘stages’ or ‘performance spaces’ while COVID-19 restrictions remain in place.”

The center also hosted discussions surrounding the pandemic, racial injustice, and the future of the papacy and the Catholic Church. These timely conversations, according to DiCerto, offered hope, love, light, and healing, and always pointed back to Jesus Christ’s teachings.

Some other staged-planned events became screenings, allowing non-New Yorkers to attend from the comforts of their homes. The 2017 documentary “Skid Row Marathon,” for example — about a Los Angeles running club whose members include recovering drug addicts and former inmates — was live-streamed in early September. It was followed by a virtual conversation with West Coast-based husband-wife filmmakers Gabi and Mark Hayes and California Superior Court Judge Craig Mitchell, a committed Catholic who founded the club.

Although virtual experiences can’t replace the shared experience of watching a play in a full theater, becoming remote has had its advantages. Talent, for example, was easier to find and cast, since actors could audition and participate from anywhere, without having to travel to New York — “which often presents logistical and financial challenges even under normal circumstances, and would be impossible during a pandemic,” DiCerto added.

According to DiCerto, the last eight months have allowed him to connect with other Catholic performing arts venues across the country and even sow the seeds of potential future collaborations. Additionally, after pulling off an entire summer of online content, the Sheen Center intends to build upon that momentum in 2021 and beyond when it can, once again, host in-person events.

“There seems to be some light at the end of the tunnel with the recent optimistic announcements about vaccines and therapeutics,” DiCerto told The Tablet. “As Catholics, however, we have something more important than optimism. We have hope.”

The Sheen Center is planning virtual events for the Advent/Christmas season and the new year. For more information and updates, visit sheencenter.org.