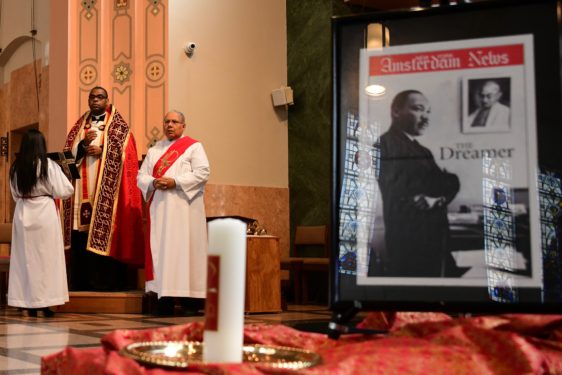 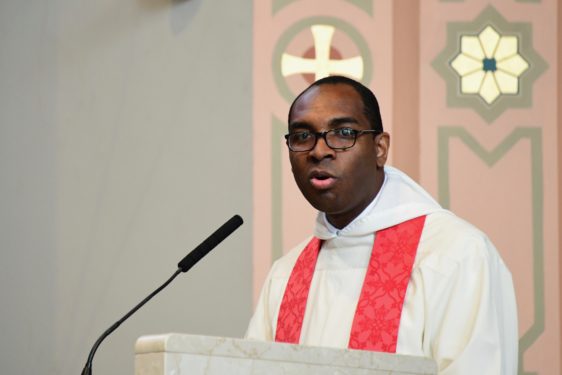 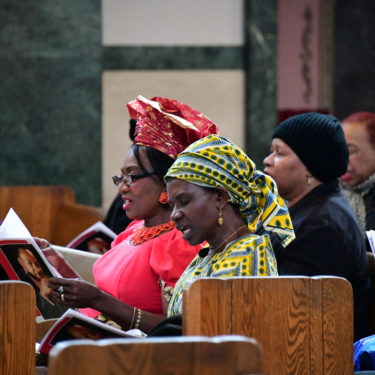 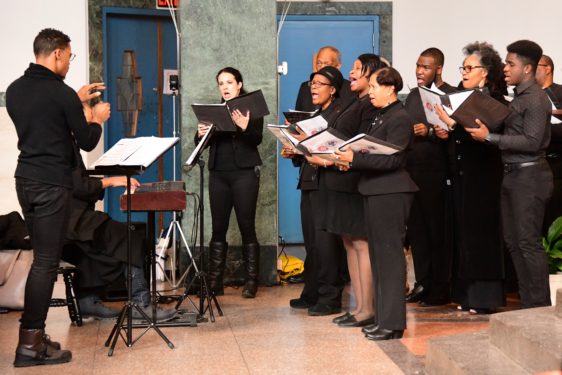 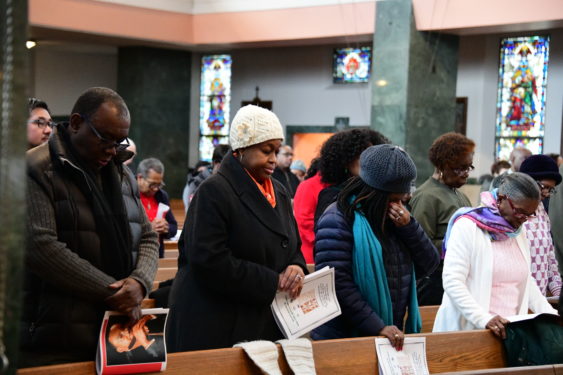 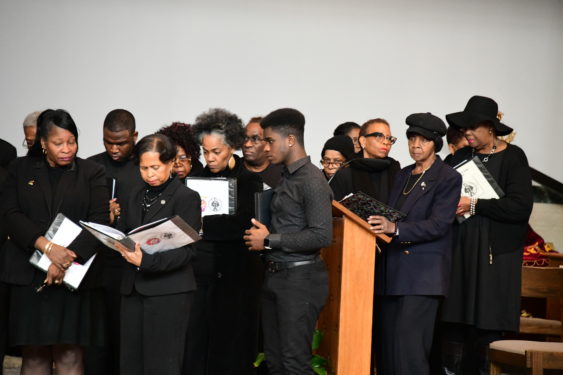 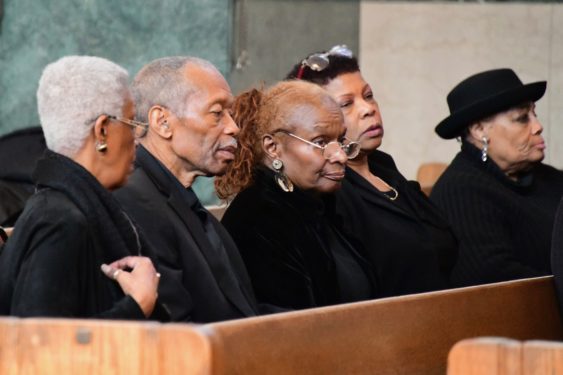 “It is all rooted in Jesus – Dr. King was a Christian and he preached all the qualities that Christ the Lord preached in his time,” said Father Alonzo Cox, diocesan coordinator of the Vicariate of Black Catholic Concerns.

The vicariate held its annual prayer service honoring the memory of the Rev. Dr. Martin Luther King Jr., Monday, Jan. 21 at Our Lady of Lourdes parish in Queens Village. Some 120 faithful gathered at the church at noon despite a midday temperature in the single digits and frigid winds.

“We as Catholics continue to do that by the very example of our lives and looking at each other as brothers and sisters,” Father Cox added in his interview with The Tablet.

After a brief introduction by Father Cox, the parish choir of St. Martin de Porres sang “Dream of Freedom” followed by several other hymns and psalms.

After Deacon Al Saldana of Our Lady of Light parish, St. Albans, read a passage of the Letter to the Galatians, Father Cox introduced the homilist, Father Peter Damien Harris, O.P., of the Diocese of Houston, Texas. Father Harris invited his listeners to remember and honor the legacy of Dr. King by following his example in the present.

In an interview with Currents News, Father Harris explained the message he wanted to bring to his audience. “I would like to bring across how as Christians, as brothers, as one in Christ be energized by God’s indiscriminate love for one another instead of pointing blame at each other but instead drawn in the mystery of Christ’s love for us.”

Every year in the Brooklyn Diocese, a service of prayer and praise is held to celebrate the life and the legacy of Dr. King. The service is sponsored by the diocesan Vicariate of Black Catholic Concerns in honor of the slain civil rights leader.

“Today we celebrate the birthday of Dr. Martin Luther King and the dream that he preached about is alive this very day, Father Cox said. “So, we commemorate who he is, we commemorate his message of equality, peace, and social justice as we strive every single day to be good and to be holy as brothers and sisters.”

But the service is also a call to action. Dr. King offered his life for justice and equality. It is a fight that is not over.

“We are Christians today can definitely be involved within our community, within our nation,” Father Cox explained, “and really preaching about equality and justice and allowing that to really resonate within our hearts and getting that to elected officials here in the state and city and really allowing our voices to be heard in the same way that Dr. King’s voice was heard.”

Contributing to this story was Emily Drooby.