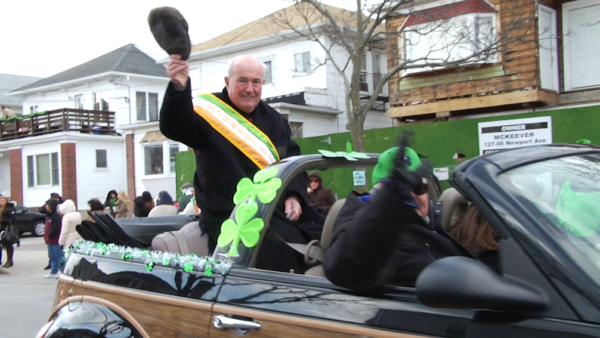 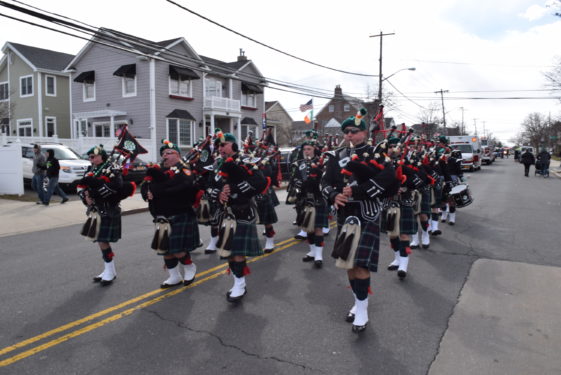 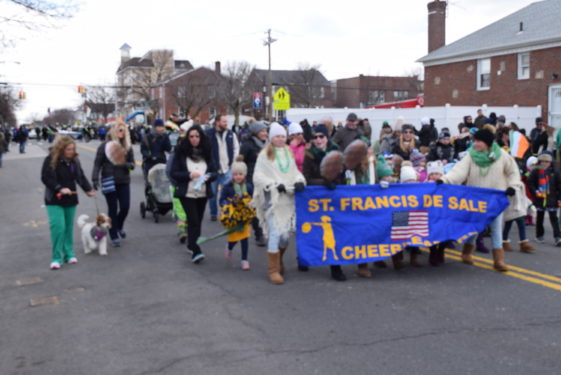 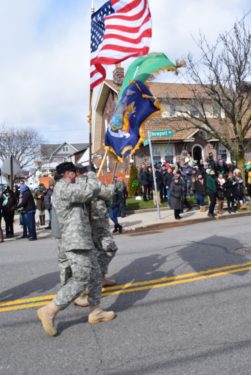 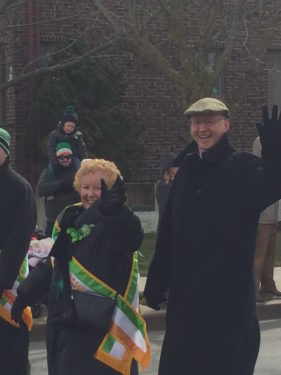 Green was everywhere as Irish pride was on full display for all to see at the 42nd annual Rockaway St. Patrick’s Day Parade on March 4. One of the earliest parades, it kicks off the season with a strong display of bands, school children and the bright green and gold of Irish pride.

Even with the weather creating freezing temperatures and strong wind, spectators bundled in blankets and Irish sweaters lined the streets to watch.

Steven Taikina of Breezy Point has been going to the parade since he was a young child and never misses it. “I really look forward to this day all year,” he said. “The Peninsula being able to host one of the first parades of the season always means something to me because we are starting the month off and need to have a good show.”

Taikina brought his girlfriend Marissa Clemente for the first time and she added, “Steven has been talking about this for a while so even though I was nervous about the weather I knew that wasn’t going to stop us and I am so happy to see such a great parade and so many people proud of their backgrounds.”