SHEEPSHEAD BAY — When the proprietors of two of Brooklyn’s most beloved seafood restaurants are asked what they think of their closest competitor, they don’t clam up, or give a crabby answer.

That’s because when Randazzo’s Clam Bar and Clemente’s Maryland Crab House — both located on Emmons Avenue — compete, it’s not cutthroat. They respect one another’s businesses, probably because the restaurant business is a tough one and only another restaurateur knows what it’s like.

“Jimmy is very respectful of everyone,” said Heather McCormick, a manager at Clemente’s. Husband and wife owners James and Tara Muir opened their eatery in 2001. In addition to co-owning the restaurant, Tara Muir is a teacher at St. Bernadette Catholic Academy in Dyker Heights.

“The restaurant business is very competitive. But I would never say anything bad about another restaurant. I know how hard this is to do. We’re proud of our food and of what we do here. That’s what we’re about,” said Elena Randazzo, a fifth-generation owner of Randazzo’s. 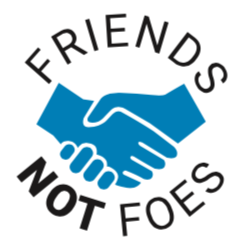 Her great-great-grandfather, Sam Randazzo, opened a fish market on the Lower East Side in 1920, moved to Sheepshead Bay in 1932, and expanded the business to include serving dishes like fried calamari with a spicy tomato sauce.

Who has the best lobster? Both restaurants lay claim to the title.

Clemente’s menu touts its 1¼-pound lobsters served with corn on the cob and a choice of rice or tomato.

One of the most requested dishes at both restaurants is fried calamari. “I would say it’s one of the things people order the most,” said Randazzo. “Our calamari is super. People love it,” McCormick boasted.

Given its name, Randazzo’s serves a lot of clam dishes. “After all, we are a clam bar,” Randazzo said. “We serve it any way you want — raw, baked, stuffed — you name it,” she added.

Randazzo’s is such a Sheepshead Bay mainstay that customers come from all over to eat there, the owner said.

“For people, this is their first stop or their last stop, whether they’re coming to the neighborhood or leaving. We also get people coming in from JFK (Airport). They get off the highway and come here. They want to experience Randazzo’s,” she said.

Randazzo’s has been in its current location at 2017 Emmons Ave. since 1986. “We don’t like change. That makes me extremely proud!” Randazzo said, adding that customers find the familiarity comforting.

Over at Clemente’s, crabs are king — not a surprise, given the eatery’s name. Diners can order blue claw crabs, snow crab legs, and Clemente’s crab cakes in Chipotle Remoulade, among other crab-centric dishes.

Clemente’s, which has been in the same location at 3939 Emmons Ave. since it opened 20 years ago, is a favorite dining spot not just for Brooklyn residents, but for the entire tri-state area, McCormick said. “People come here from New Jersey, Connecticut,” she said.

Despite being friendly competitors, the two eateries have something in common — both pride themselves on their family-like working environment. “Jimmy and Tara treat everybody here on the staff like family. And they hire local people. I’m here 14 years,” McCormick said.

At Randazzo’s, the staff includes people whose parents worked there. “Our staff is like family,” Randazzo said.

So as seafood-lovers make their way back to the Sheepshead Bay waterfront for post-pandemic dining, they’ll find friends — not foes — waiting to serve them.