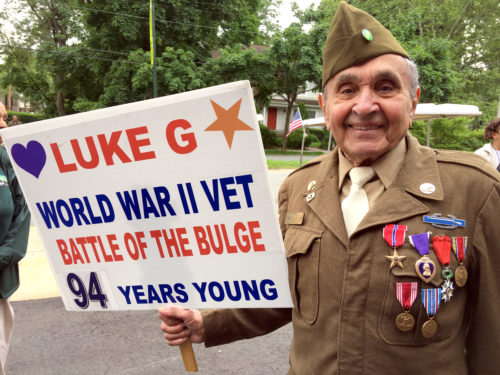 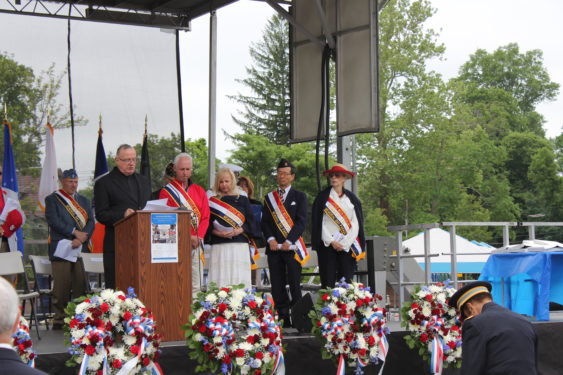 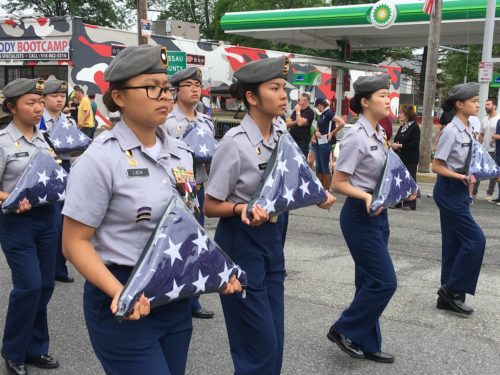 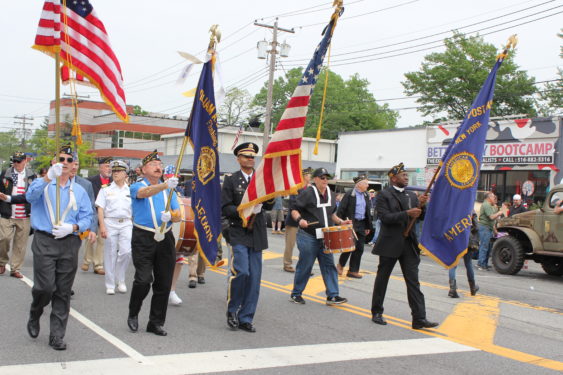 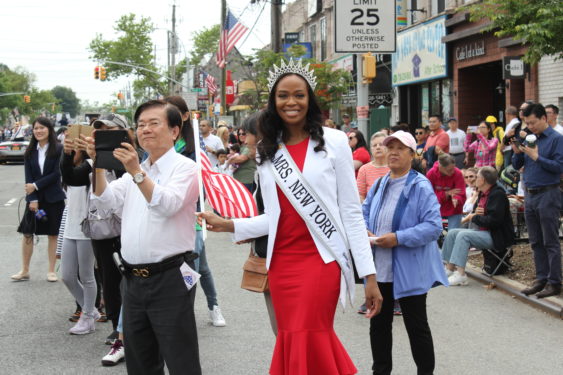 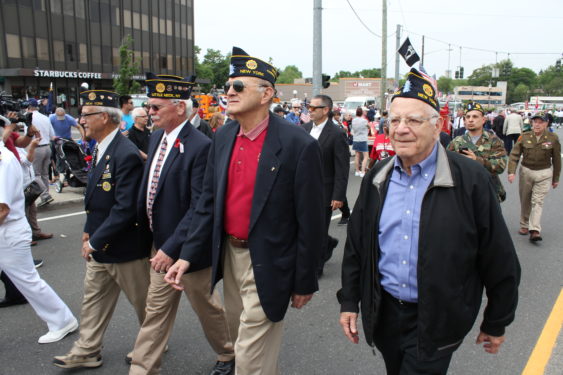 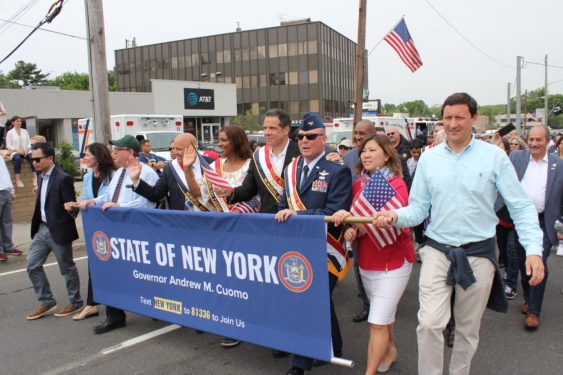 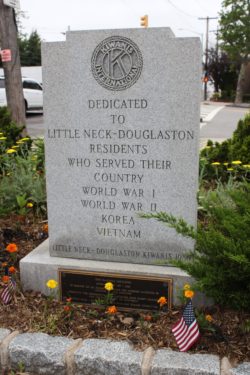 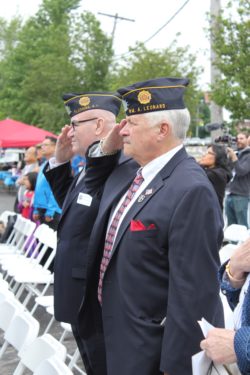 Sitting atop the back of a convertible, World War II veteran Luke Gasparre, 94, proudly waved to the crowds as he was driven along Northern Boulevard in the annual Little Neck-Douglaston Memorial Day Parade May 28.

Now in its 91st year, the parade observed 65 years of the Korean War cease-fire, and marked the 50th anniversary of the deadliest year of the Vietnam War.

It was a day to remember heroes who made the ultimate sacrifice in service to their country, like U.S. Navy Lieut. Cmdr. Frederick Peter Crosby, who died in the Vietnam War and was honored posthumously at the parade.

It was also an occasion to honor and give thanks to living heroes for their military service.

Drafted into the U.S. Army at age 18, Gasparre served in the Battle of the Bulge in Metz, France with the 87th Infantry Division. Of his detail, he said that he carried an M1 service rifle, and his unit went “where we were supposed to go – where they gave us orders to go, and we did our job.”

A gunshot wound to the hand was the worst of the injuries he sustained in ground combat.

“It is a great, great feeling to fight for freedom,” Gasparre told The Tablet. “Freedom is a big word and that’s what we fought for, and thank God, that’s what we have.”

Seven medals, including a Bronze Star and Purple Heart, decorate Gasparre’s olive drab Eisenhower jacket, which he wore to the parade last Monday.

After being honorably discharged at the end of the war, he worked for the U.S. Postal Department for 34 years, while raising a family with his late wife, Madeline, as members of St. Joseph’s parish, Astoria.

Locals know him best for being a stadium usher for the New York Mets since the opening day of Shea Stadium – now Citi Field – in 1964. He wears his military medals pinned to his uniform as he directs the fans to seats in section 310 between home and first bases.

And Gasparre has gained quite a few fans of his own, many of whom went out of their way to greet him on parade day.

“Everywhere I go, they all respect me, shake my hand, salute me, thank me,” he said.

Several hundred people turned out for what is one of the largest Memorial Day parades in the nation. Festivities began with an interfaith prayer service, followed by a wreath-laying ceremony in Monument Park outside Divine Wisdom Catholic Academy, Douglaston.

Ensuring None Are Forgotten

American Legion Post 103 in Douglaston has been one of the sponsors of the parade since it was founded in 1927. On the Saturday before the big event, post members held a quieter tribute.

Army veterans Sebastian D’Agostino, post commander, and Tom Denegan, were among a small group that placed American flags on the graves of about 80 veterans at Mount Zion Cemetery in Maspeth.

D’Agostino also serves as vice commander of all 24 American Legion posts in Queens County, which includes around 2,000 veterans ranging in age from around 37 to 96. Ten new members joined Post 103 in the past year alone.

D’Agostino served a 13-month tour in South Korea after the Korean War ended and before the war in Vietnam began.

So was Denegan who was stationed in Frankfurt, Germany, during the end of the Vietnam War. That is why he makes the time to place flags at the headstones of soldiers whose service dates as far back as the Civil and Spanish-American wars.

“They gave their lives,” Denegan said. “Somebody has to look out for them. They can’t be forgotten.”