ALBANY, N.Y. — More than 300 Hispanic Catholic leaders from the eight dioceses of the State of New York gathered at the Desmond Hotel in the state capital, June 22-24, for the state regional meeting of the V Encuentro.

Beginning in each diocese and culminating in a national session in Texas in September, V Encuentro seeks to give continuity to a dream started 46 years ago: to remark the Hispanic presence in “the Church on its pilgrimage to the kingdom” in the United States.

In attendance were Archbishop Christophe Pierre, apostolic nuncio of the United States, who in his keynote address expressed “warm greetings, spiritual closeness and paternal affection of Pope Francis to all gathered for the Regional Encuentro.” 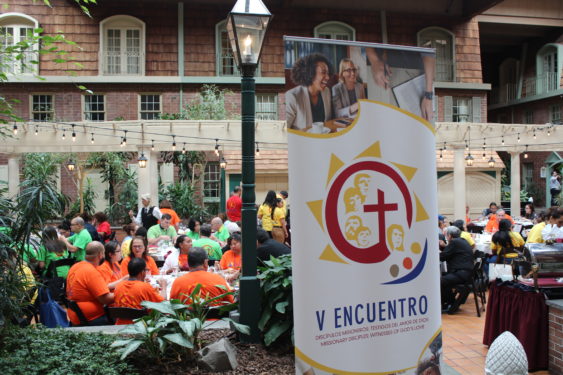 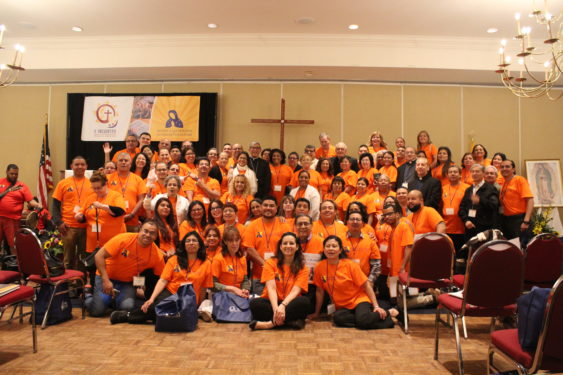 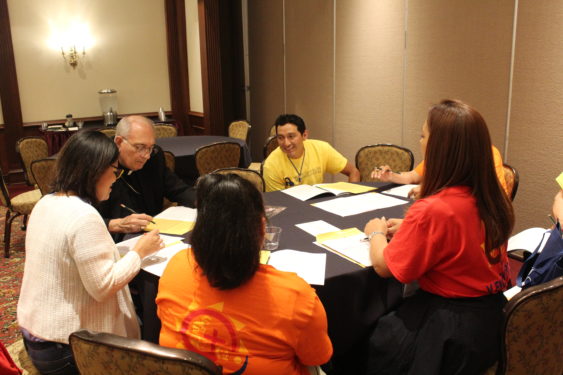 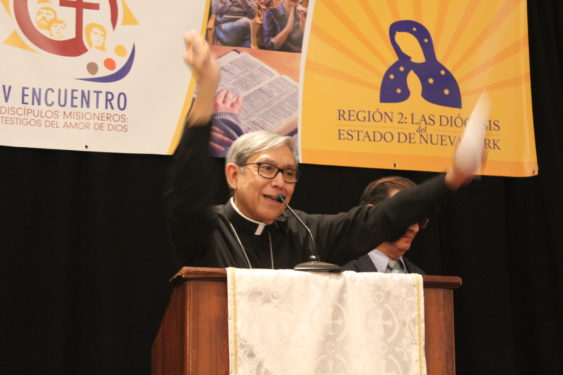 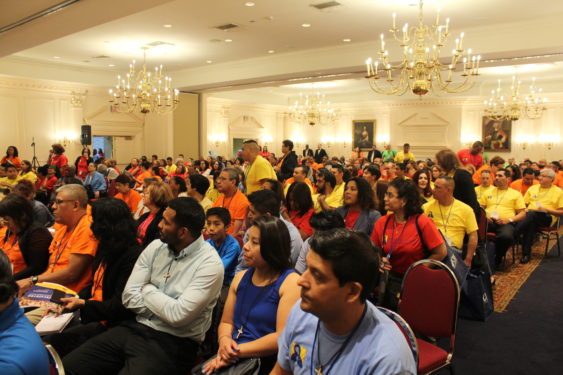 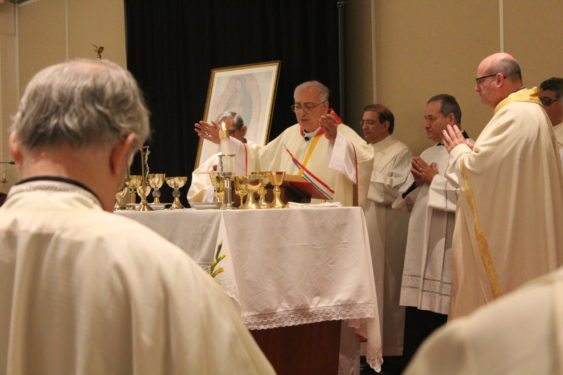 Archbishop Pierre also called the V Encuentro “an important milestone” in the life of the Church in the State of New York, remarking the opportunity to “identify gifts and talents that may be of service in the mission of evangelization; and to offer them an opportunity to hear the voices of those at the margins and of different cultures and peoples so that the Church might be enriched and show forth the beauty of the Lord.”

During the three days, the delegates, representing some of the 322 parishes serving the Hispanic community, created eight workgroups to discuss the regional working document and produce the last draft of the document the State of New York will send to be included in the debates of the V National Encuentro of Hispanic/Latino Ministry in Grapevine, Texas, Sept. 20-23. The commissions considered a broad range of topics, from evangelization to catechesis, youth ministry and immigration.

Bishop DiMarzio, an international authority on immigration, was part of the inter-diocesan commission on Immigration and Migrant Ministry and presented the report on immigration from the downstate region.

“There are many messages but in general, basically that the welcome of the immigrant is important and that the Church needs to be perhaps more public about what it is doing because many people don’t understand it,” said Bishop DiMarzio.

“That’s why they talked about advocacy, talked about communication with the media. We have to be a little more forceful because the Spanish-speaking people don’t feel the Church is a champion as it should be. Although we are doing it, we are not doing it in a way that it is coming through as really understandable to people.”

Reflecting on the need to have a more effective impact on policies and eventually help to shape a more comprehensive and compassionate immigration reform, Bishop DiMarzio called on Catholics to be vocal.

“We need to have more people behind us because the Church can say what it says but each bishop is worth only one vote,” said Bishop DiMarzio.

“If the people are not behind us, we cannot influence the legislators, so we are trying out with the whole country, even in places where there are not many Hispanics, to inform the bishops and the dioceses that they must help people to understand this moral issue. It is not a political issue it is a moral issue that we’re dealing with. We need to get more people behind us because that is the only way we can make a difference.”

“Not only considering the number of delegates who attended it, which were more than 300, the presence of the bishops of all the dioceses, auxiliary bishops, priests and deacons, but above all because the energy, enthusiasm, and fraternal working environment among the different ministries, it exceeded our expectations,” said the Brooklyn deacon.

“The delegates wanted to contribute, to participate, to not be a simple body anymore but a group of persons who come with concrete, clear ideas, with a mission on behalf of their dioceses to be heard. Other than that, since many years ago we haven’t had a regional experience like this, at least among the Hispanics. I think this has renewed the hope even for some skeptics who perhaps thought that this was going to be another heap event in which we weren’t able to produce anything in concrete.”

Deacon Gonzalez also said that state Hispanic leaders are hoping to organize an event, if not annual at least bi-annual, that will focus mainly on youth.

“As a region, we have a very particular common reality and we would like to see how can we deal with it altogether,” he concluded.

One of the main messages stressed at this regional Encuentro was that Hispanics are not on the periphery, but part of the heart of the Church in the United States.