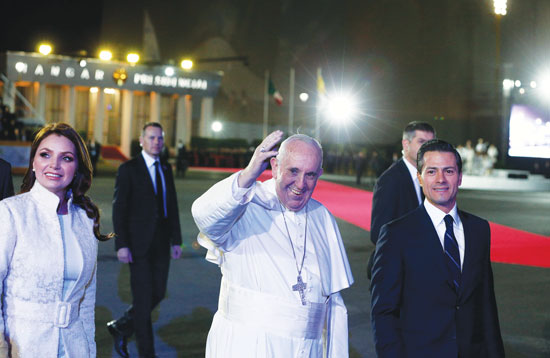 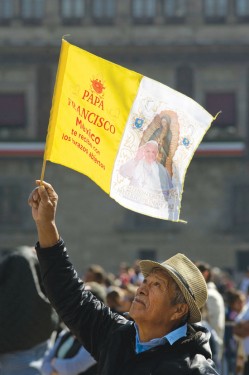 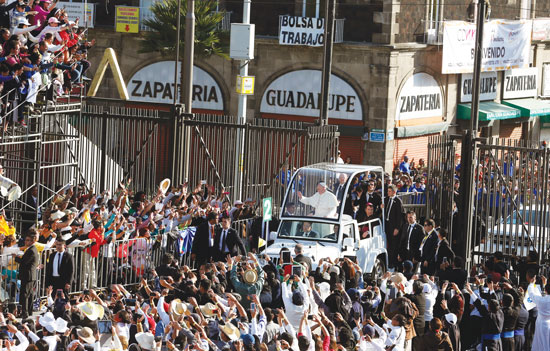 Pope Francis arrives to celebrate Mass at the Basilica of Our Lady of Guadalupe in Mexico City Feb. 13. 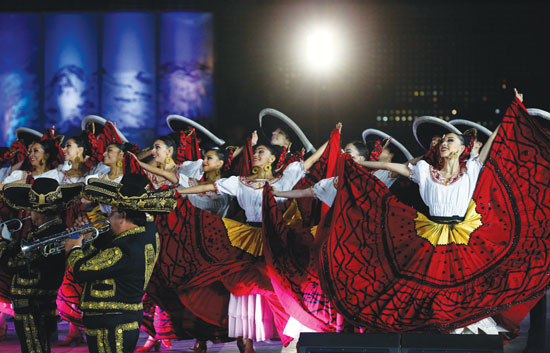 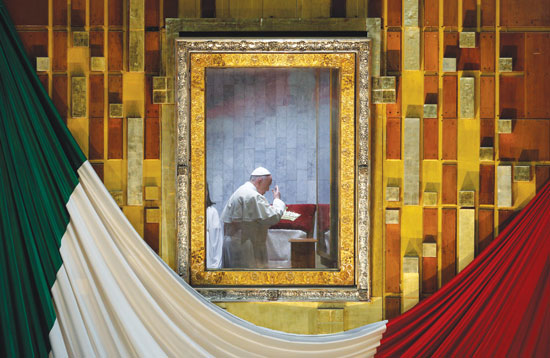 One thing about Pope Francis is that he doesn’t mince words. He speaks directly to people and to problems and he offers practical solutions. No papal platitudes. No guessing where he stands. And while his words may have been spoken this past week in Mexico, they offer a reality to the Church around the globe.

Just ask the Bishops of Mexico whom he addressed as a body in Mexico City last weekend. He spoke candidly about pitfalls that can tempt the clergy and he offered sound advice on how to avoid such problems.

He warned of “the temptation of aloofness and clericalism” for bishops, called for clerical transparency and asked for unity in the Mexican bishops’ conference, which has pursued closer ties with political leaders in recent years, while speaking softly – if at all – on uncomfortable issues such as corruption.

The Holy Father called for forceful and prophetic statements from the bishops especially in speaking out against the drug violence that has claimed more than 100,000 lives over the past 10 years.

He said bishops should avoid the temptations of clericalism and aloofness and instead should go out to the peripheries and walk among the people. He asked for a special tenderness in the approach to ministry among the indigenous peoples.

“We do not need ‘princes,’ but rather a community of the Lord’s witnesses.

“Do not allow yourselves to be corrupted by trivial materialism or by the seductive illusion of underhanded agreements,” he added in an allusion to suggestions that bishops sometimes smooth things out behind closed doors with corrupt officials and even criminals.

Lastly, he urged the bishops to maintain unity among themselves and to unite with the bishops of North America in working toward a solution to the problems caused by immigration.

“If you have to fight, then fight; if you have to say things, say them but like men, face-to-face, like men of God, who can pray together, who can discern together, and if you argue to ask for forgiveness,” he said. “But always maintain the unity of the episcopal body.”

In the dramatic meeting with families on Monday in Tuxtla Gutierrez, Pope Francis listened to the stories of four families, who represented the joys and trials of all families.

He urged parents to find time to speak with their children and he asked parents never to go to sleep at the end of the day without resolving any of the day’s conflicts.

He was realistic enough to explain that all couples argue in the normal course of a day, but that there always is a solution in commitment to one another.

He admitted that problems cause stress and cause wrinkles in one’s complexion, but he said he prefers “a wounded family that makes daily efforts to put love into play, to a society that is sick from isolationism and is habitually afraid of love.”

“I prefer a family that makes repeated efforts to begin again, to a society that is narcissistic and obsessed with luxury and comfort. I prefer a family with tired faces from generous giving, to faces with makeup that know nothing of tenderness and compassion.”

The truth is that everything the Holy Father has said this past week, has been said as he goes about his daily ministry. He’s really not saying anything new, but he continues to add a freshness that has captured the imagination of the world.