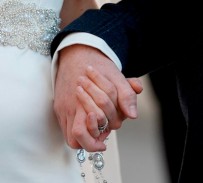 VATICAN CITY (CNS) – Pope Francis’ document on the family reflects an “organic development” of Church teaching and doctrine, said Vienna Cardinal Christoph Schonborn, theologian and participant in both synods that dealt with the topic.

“There are true innovations, but no break” in tradition, the cardinal told reporters during a news conference at the Vatican April 8 presenting the apostolic exhortation “Amoris Laetitia” (“The Joy of Love”).

The document emphasizes the need for greater reflection and discernment by pastors and Catholic couples in so-called “irregular” situations as they look for ways they can participate more deeply in church life, he said.

Those in a broken marriage must honestly examine their conscience before God, he said, and reflect on their role in the marriage’s breakdown or whether it was canonically valid in the first place.

Church leaders from around the world hailed the tone of mercy in Pope Francis’ apostolic exhortation, “Amoris Laetitia” (“The Joy of Love”), but cautioned against a hurried reading of the document.

“What is new about this exhortation is its tone,” Cardinal Wilfrid Napier of Durban, South Africa, told Catholic News Service (CNS) after the document’s release April 8. He said it calls on all ministers “to be warm and caring in the way they deal with people in difficult circumstances.”

“Local churches are urged to adapt church teachings from the synod to their particular circumstances,” he said, noting, for example, that “different cultural understandings of marriage within South Africa would give the church here different challenges to those faced by churches in other parts of the world.

“It is not just a collection of separated chapters,” Archbishop Martin said in a statement. “There is a unifying thread: The Gospel of the family is challenging and demanding, but … with the grace of God and his mercy, is attainable and fulfilling, enriching and worthwhile.”

The exhortation reflecting on the 2014 and 2015 synods of bishops on the family contains no new rules or norms. However, it encourages careful review of everything related to family ministry and, particularly, much greater attention to the language and attitude used when explaining church teaching and ministering to those who do not fully live that teaching.

“It is a long document. As Pope Francis says, you can’t whiz through it. It needs reflection,” said Bishop Peter Doyle of Northampton, England, a synod participant and chairman of the English and Welsh bishops’ Committee for Marriage and Family Life.

“It has particular focus on the need to walk with those of us who feel excluded and to let everyone know that they are loved by God and that that love is a tender love, but also a love that challenges us all to change,” he said.

“Some people will be disappointed that it is not full of black-and-white solutions but, as Pope Francis says, every situation is different and needs to be approached with love, mercy and openness of heart,” Bishop Doyle said.

In the pope’s home country of Argentina, Bishop Pedro Maria Laxague of Zarate-Campana, president of the laity and families commission of the Argentine bishops’ conference and participant in the last synod, said the document embraced the papal vision of the Church being a field hospital, treating the wounded and attending to those with needs.

“There is not a good family or a bad family,” he said. “All require pastoral attention.”

He said the exhortation “touches all the realities that a family might experience.”

“Today the church can say that it has woken up to the realities of the family,” he told CNS. “We will be able to accompany (all) types of families as a church, as a community, in all situations.”

Father David Neuhaus, patriarchal vicar of the Hebrew-speaking community of the Latin Patriarchate of Jerusalem, said people looking for “juicy” headlines would be disappointed. He said the exhortation was meant for people to read and ponder and said the document could help priests and bishops realize that “nobody is beyond the care of the church.”

“No one is outside, no matter what the circumstances … you can’t just take out the law book and say ‘You have gone out of the boundaries.’ Every person has to be treated with love and respect,” said Father Neuhaus.

He added that, in the Holy Land, families are meeting challenges such as poverty, tensions and the breakdown of the family, a reality he described as “true for us and the whole world.”

Australian Archbishop Mark Coleridge of Brisbane, who attended the 2015 Synod of Bishops on the family, said the document “is full of contemplative vistas but also down-to-earth practical wisdom which could come only from long pastoral experience of spouses and their families. It moves constantly between the ideal and the real.”

Deal with the Facts

“Francis doesn’t claim to be the final word settling every controversial question. Nor does he claim to offer a comprehensive pastoral plan to be implemented around the planet. His claims are more modest – and for that reason more compelling,” he said.

Recognizing the complex variety of reasons why some people cannot and do not fully live up to Church teaching on marriage and family life, Pope Francis provides no new rules for dealing with those situations.

Cardinal Donald Wuerl, Archbishop of Washington D.C., said Catholic theology and pastoral tradition “never had a one-size-fits all. The idea is that there is an ideal to which we are called, a level of perfection to which we are called – ‘Be perfect as your heavenly Father is perfect.’ How to do that? That’s the one size that fits all, but along the way the church has always said the good pastor goes out in search of the lost sheep and surely that lost sheep is not someone who is following to perfection” the Christian ideal.

“It’s a beautiful apostolic exhortation because it doesn’t say, ‘Here are the answers to everything.’”

On the situation of divorced and civilly remarried Catholics, the document “starts with this beautiful reminder, ‘You’re still part of the family.’”

The document, he said, invites the divorced and civilly remarried to acknowledge Church teaching on the indissolubility of marriage and to honestly examine their situation and discover how they can grow closer to Christ.

“I don’t see anything in the document that changes much of what we’re already doing in pastoral practice and that is you meet with people, you try to help them address their lived situation,” he said. “We’re not changing anything (in Church teaching), but we’re not saying, ‘because you’re not perfect, this is no longer your home.’”

Contributing to this story were Bronwen Dachs in South Africa, Simon Caldwell in England, David Agren in Mexico, Judith Sudilovsky in Israel, Simone Orendain in the Philippines, Carol Glatz at Vatican City, and Dennis Sadowski in Washington D.C.