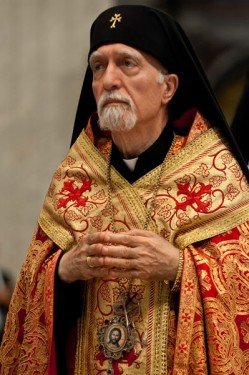 The son of displaced parents who fled from Mardin province in southeastern Turkey to Egypt in 1915 during a campaign by the Ottoman government to rid the country of the minority Armenian community, Patriarch Bedros was born in Cairo and rose to become an influential Catholic voice advocating for the rights of Christians in the Middle East.

His last Mass was celebrated June 24 for the Order of Malta in Lebanon, which was commemorating the nativity of St. John the Baptist, his patron saint.

Born in Cairo, he was the fifth of eight children. He was ordained a priest in Cairo in 1965 and appointed bishop of Alexandria in 1989. He was elected patriarch of the Armenian Catholic Church Oct. 7, 1999.

Prior to priestly ordination, he studied philosophy and theology at the Pontifical Gregorian University, Rome.