The Paraguayan community rejoiced celebrating the Feast of the Virgin of Caacupé with Auxiliary Bishop Octavio Cisneros and Bishop Gabriel Escobar, bishop of the Vicariate Apostolic of Chaco Paraguayo.

The celebration took place during a Vigil Mass at Our Lady of Fatima Church, Jackson Heights. The community was honoring Nuestra Virgen de Caacupé, whose feast day takes place Dec. 8, the same day as the Immaculate Conception.

“Our devotion to her is something we have experimented since our ancestors because she has truly been someone who watches over us,” said Gabriel Arce, a parishioner of Holy Family, Fresh Meadows, who participated in the Mass with his family. He called Our Lady of Caacupé “patroness and mother of Paraguayans.”

The devotion started in the 16th century, when a tribe that refused to accept Christianity was chasing José, a Guarani Indian of the Franciscan mission of Tobati. José ran to the forest, and hid in a big tree. He asked for the protection of his mother in heaven, the Immaculate Virgin, promising that if he survived, he would carve an image of her. His persecutors did not see him and he fulfilled his promise. José gave the image to the church in Tobati. Over the years, many prayers were answered through Mary’s intercession and the image became knows as “Our Lady of the Miracles of Caacupé.”

The wooden statue measures 1.6 ft. and shows Mary dressed in blue cloak standing on a sphere while she steps on a snake, an allusion to Genesis. It was enshrined in the Diocese of Caacupé, where thousands of pilgrims flock annually to show their love for their Mother. Pope Francis visited the popular shrine in July, during his visit to South America.

Many of the 500 faithful who attended the Queens Mass had also gone on pilgrimage to Caacupé, including Esteban Fernandez who leads the choir.

“We have walked from neighboring cities with young people and pilgrims,” he said. “How could we love the Son if we don’t love the Mother?” 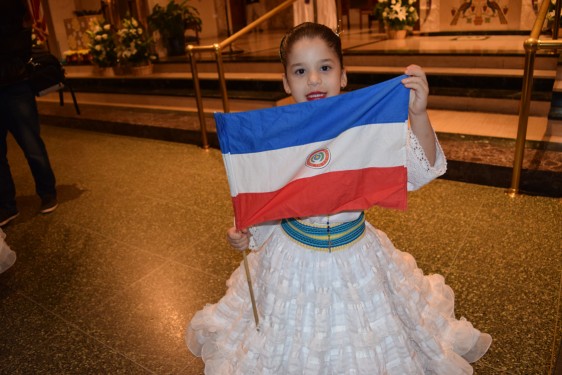 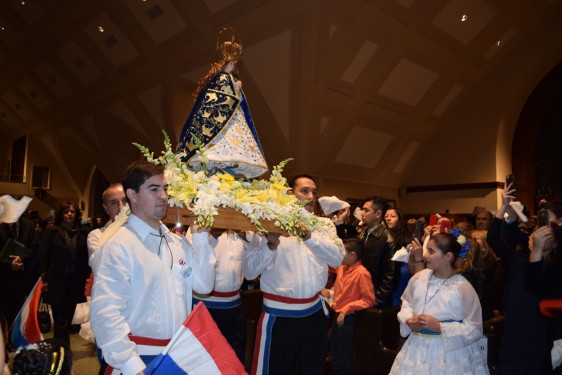 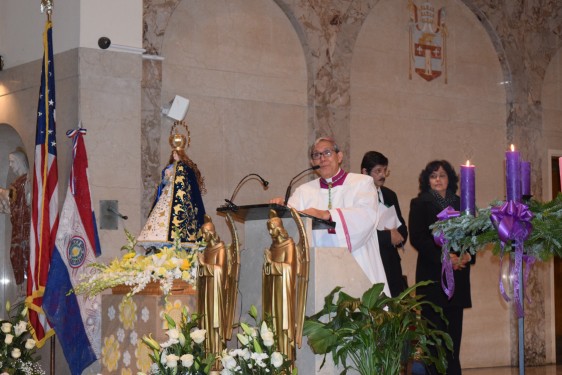 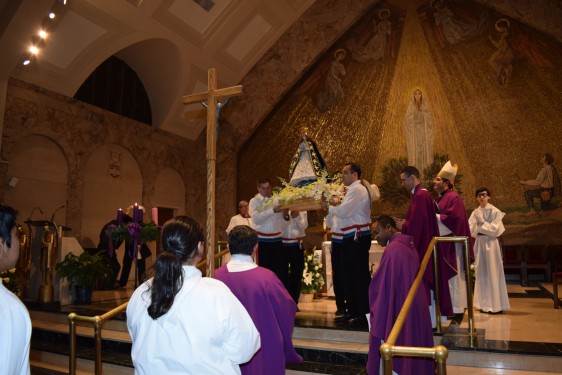 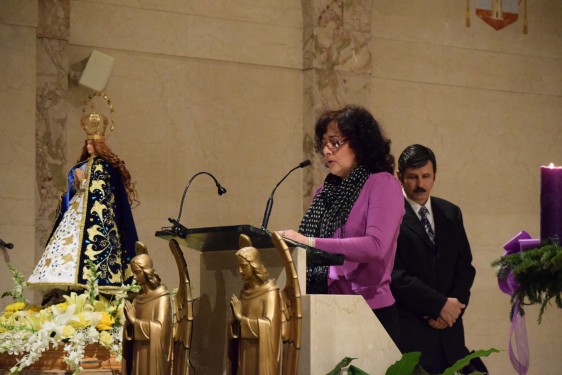 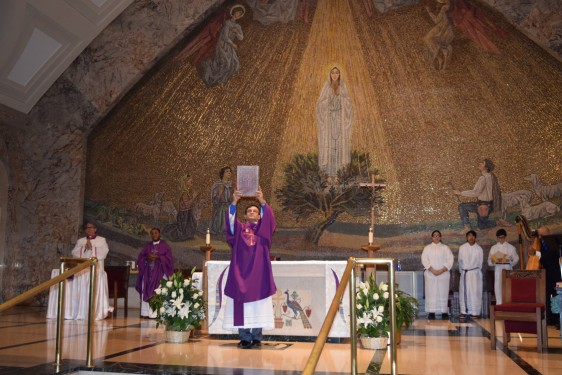 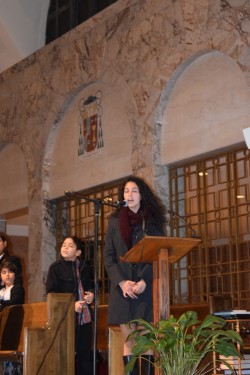 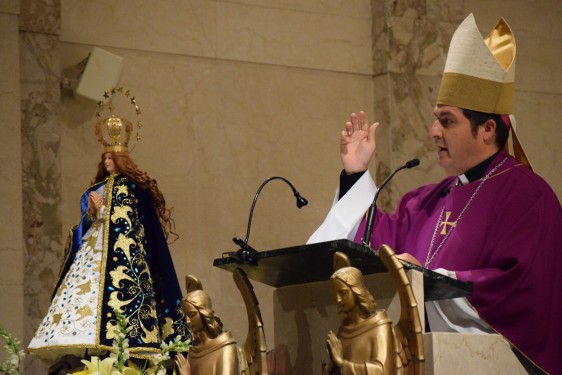 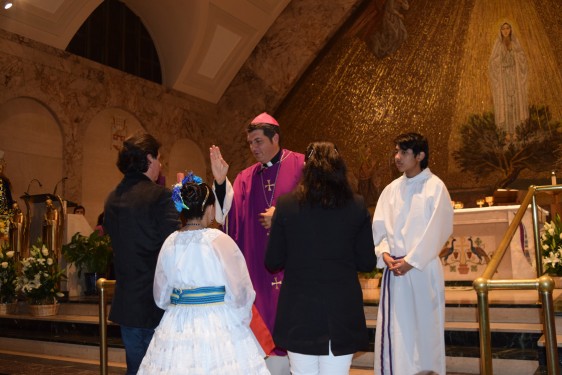 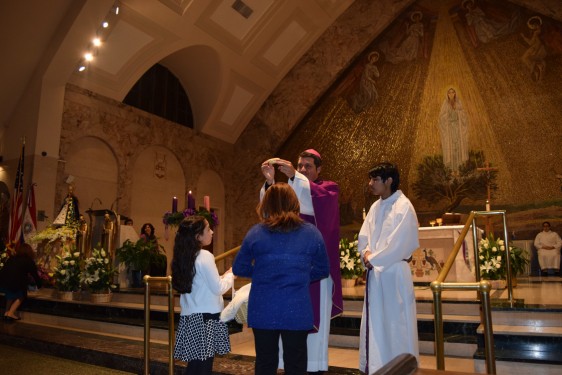 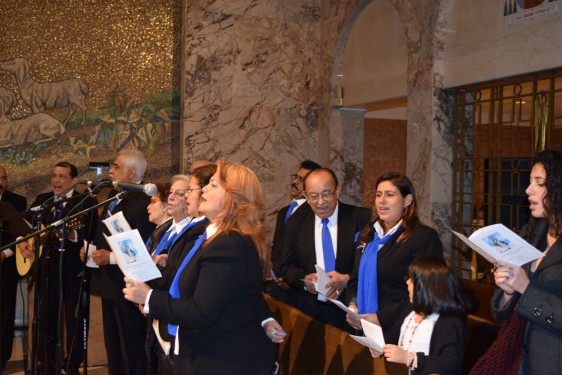 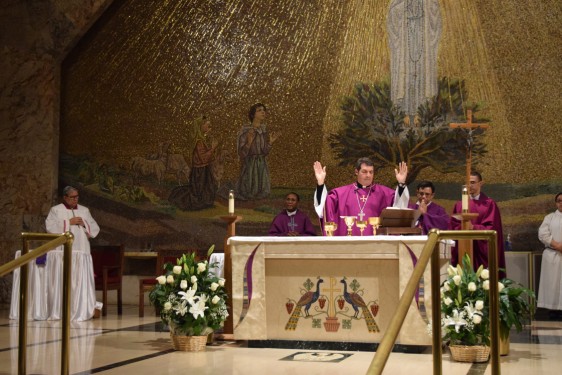 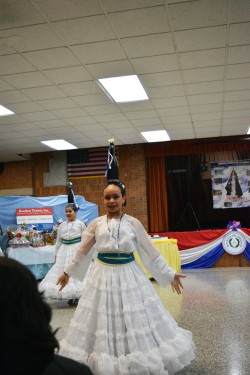 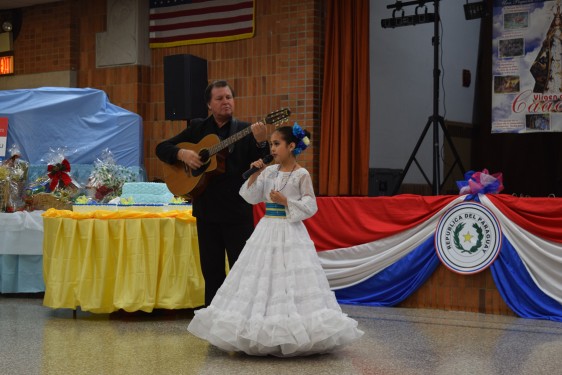 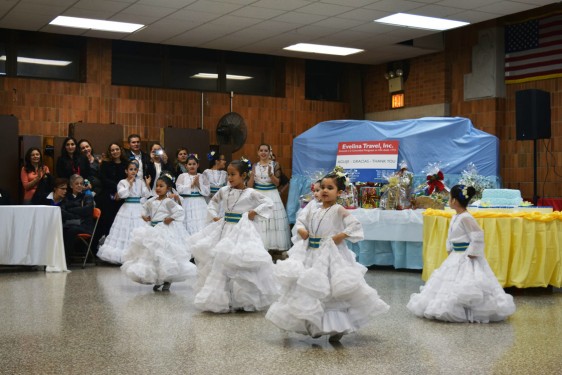 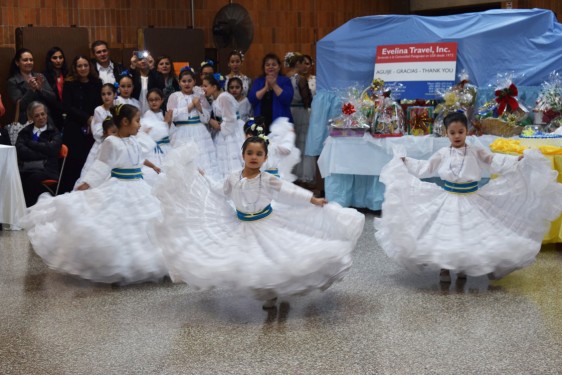 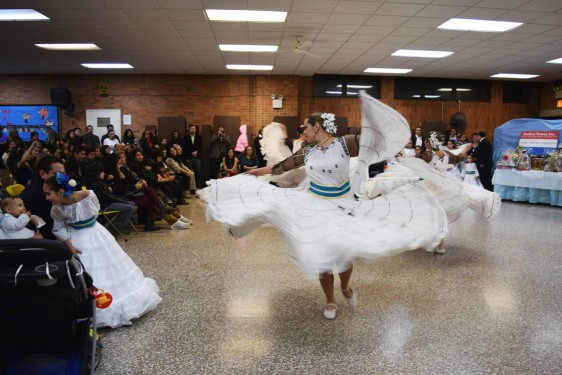 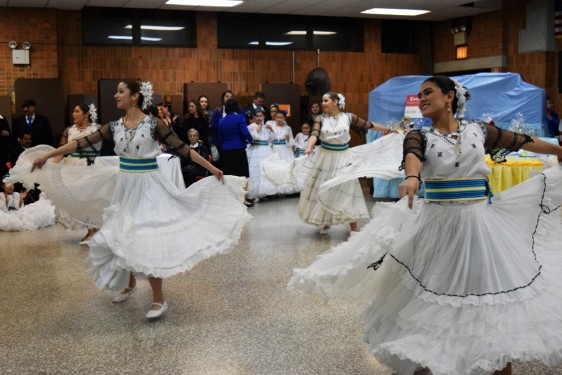 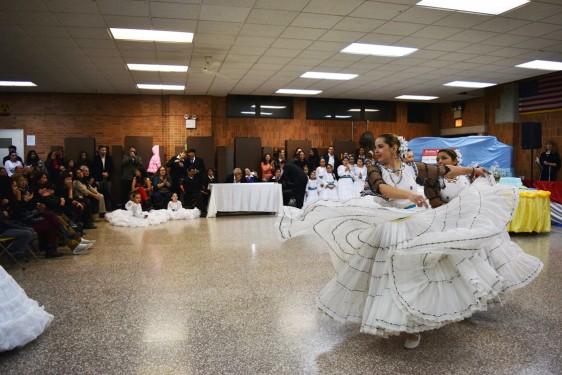 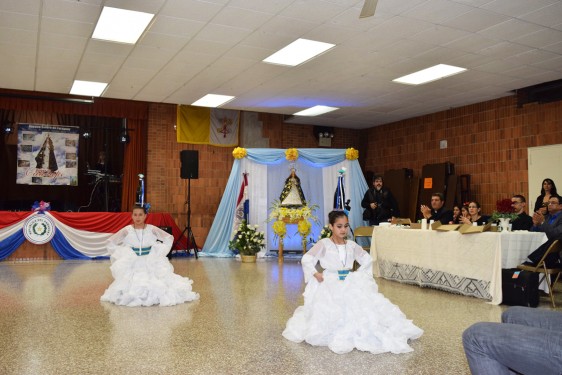 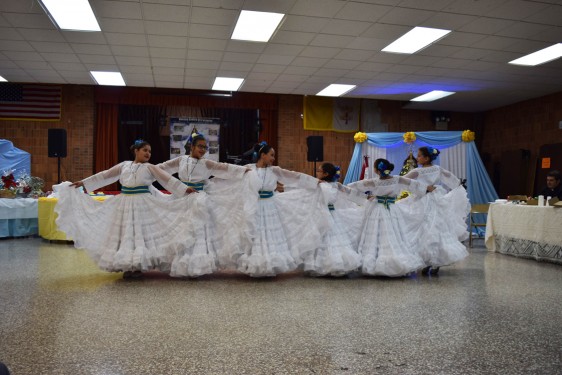 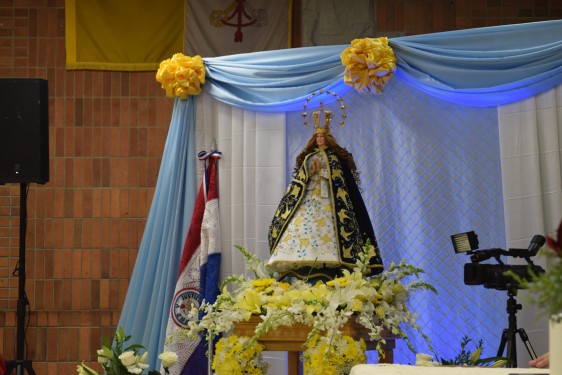 During his homily, Bishop Escobar thanked Bishop Cisneros, vicar for Hispanic Concerns, and Father Darrell Da Costa, pastor, for their hospitality. Speaking in Spanish and Guarani – a native language spoken by most Paraguayans – he repeated Pope Francis’ call to live the love of God, especially during the Jubilee Year of Mercy that started on Dec. 8.

“We have to get reenergized and live that mercy with our family, co-workers, those around us,” Bishop Escobar said. “A word, a gesture can save a brother.”

He asked people to cultivate God’s merciful love in their lives through spiritual and corporal acts of mercy.

“With God we can do everything,” he said. “Remember that we are about to celebrate the Feast of the Immaculate Conception. We believe and trust that the God of life was preparing the heart, body and souls of the most Blessed Virgin Mary so she could bring Jesus, the Savior, to the world.”

“Let us not forget that mercy is the attitude we ought to have to reach the heart of the mother of God.”

The Virgin of Caacupé is also a model for all mothers and to the Paraguayan woman, who has been exalted by Pope Francis. Paraguayan women are credited with keeping the country going during and after a regional war in the 1860s, in which more than 70 percent of Paraguay’s men died. Meeting with diplomats in Asuncion in July, the pope said the women of Paraguay sacrificed to be able to lift up their country devastated by war.

The Virgin of Caacupé Commission in Queens organized the Dec. 5 celebration, which incorporated culture and religion. Maspeth resident Nelly Gamarra, who was one of the founding members of the commission, explained that the replica of the Virgin’s image was sent to New York in the 1990s by Paraguayan President Juan Carlos Wasmosy. For 18 years, a Paraguayan bishop has visited the community during the days leading to the Virgin’s feast day, Gamarra said.

“It is the day when the majority of Paraguayans get together,” she said.

This was the first year that the celebration took place in Jackson Heights. The feast day had been celebrated at St. Michael Church, Flushing. Following the Mass, attendees went to Our Lady of Fatima’s School to continue celebrating Mary with a food, songs and dances.

To kick off the serenade honoring the Virgin, Bishop Escobar, who is in charge of the Migrant Apostolate of the Episcopal Conference of Paraguay, reminded the faithful to help others and to always serve their parishes.

“We have to be united in what identify us. Not only our flag’s colors but our life of faith,” he said.