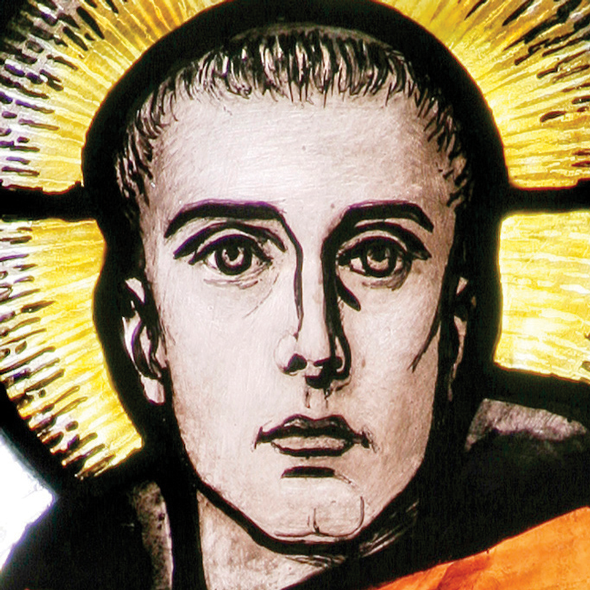 My 21-year-old niece, Marlina, sat next to me at the Irish Rep Theatre on West 22nd Street, off Sixth Avenue, in Manhattan. It was intermission of a matinee performance of Sean O’Casey’s “Juno and the Paycock.” Marlina was frantically searching the contents of her large backpack.

“It’s not here!” she exclaimed.

“OK, stay calm.” I advised her. “How could you have thrown it away?”

She explained that she had rushed to catch the subway after grabbing a bag of Indian food for lunch. She ate about half of it while riding the train into Manhattan from her Brooklyn apartment.

Getting off at 14th Street, she quickly walked the eight blocks up Sixth Avenue to meet me at the theater on time. Somewhere along her way she threw away the plastic bag of food in a city street corner garbage can. But she had hurriedly, and perhaps absentmindedly, put her wallet in that plastic bag when she purchased the lunch.

We left the theater immediately, as I prayed to St. Anthony of Padua on this, the eve of his feast day: “Tony, Tony, look around; something’s lost and must be found.”

This prayer has worked for me numerous times in the past and I just knew that the Portuguese patron saint of lost objects would not let us down now.

So we retraced her walk up the avenue, digging into each and every garbage can we found on the west side of Sixth
Avenue.

People stared at us and gave us a wide berth, but, hey, besides cash and Metro Card, Marlina’s wallet also contained her house keys (which had her address and apartment number on them), her driver’s license, credit and debit cards, medical coverage cards, library card (gasp!), two signed checks, student ID and several other cards.

The search was worth the rush-hour stares and our filthy hands.

I continued to pray to St. Anthony. Digging into a quite full garbage can on the corner of 19th Street, Marlina saw the food bag — ripped open and empty.

Searching below it, she saw her wallet, completely empty, save for the house keys in the zippered side. We took out ALL the garbage, piling it on the sidewalk. Slowly amid the trash, we found all the cards scattered about. The only missing items were the cash (about $15-$20) and the Metro Card.

My niece was so relieved, exclaiming over and over, “I can’t believe it. It’s not possible!” as waves of relief and belief washed over her. I assured her that St. Anthony is very powerful, if you believe.

Why, he even provided some hungry, perhaps homeless, needy person with a little Indian food, cash and subway fare!

Pay him back, as you see fit, and he’ll always be around to help.

Msgr. Ferrari is the pastor of St. Teresa’s parish in Woodside.