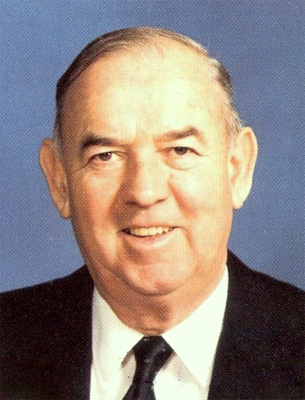 He joined the Marist Brothers for three years but then worked as a self-employed contractor his whole life.
He was ordained a deacon Dec. 3, 1977 by Bishop Francis Mugavero. He served his entire diaconate at St. Luke’s.

Deacon Svebel served in many parish ministries including the baptism preparation program, coordinating liturgical ministers and visiting the sick and homebound.He retired from his assignment on Nov. 1, 2005 but continued serving at St. Luke’s until recently.

“He (Deacon Svebel) retired in order to prepare himself to meet God,” said Msgr. John Tosi, pastor at St. Luke’s.

“He needed that time to himself after spending all that time with others.”

Deacon Svebel once wrote, “The diaconate is a vocation. It is a call of special service to the people. It has its own identity apart from the existing orders in the Church while functioning within the framework of the Church.”

Msgr. Tosi recalled Deacon Svebel as a faithful minister and a faithful person of the church who took his responsibilities seriously.

“He (Deacon Svebel) was kind and always had time for people,” the monsignor said. “He did a tremendous amount of work over the years for the people of the parish. He was also cooperative and tried to do his best.”

In addition to taking his diaconate service seriously, he also was very devoted to his wife of 63 years, Betty, who predeceased him.

“He (Deacon Svebel) had great love for Betty, his wife,” Msgr. Tosi said. “When she died before him, he was really sad. The blessing of all this is that he has received his reward of finally being with his wife.”