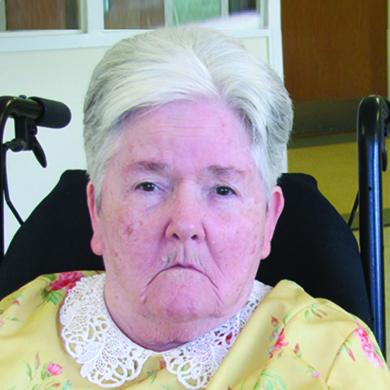 Sister Marie Julie Condon, S.S.N.D., who taught school for more than 20 years before adopting a pastoral ministry focusing on the elderly, died of cardiac arrest Nov. 3 at Lourdes Health Care Center, Wilton, Conn. She was 83 and had been a professed member of the School Sisters of Notre Dame for 63 years.

Born as Gerardine Marie Condon in Boston, Mass., she grew up in the Boston and Lowell, Mass., areas and entered the S.S.N.D. Juniorate in Fort Lee, N.J.

She was given the religious name Marie Julie and made her first vows in August, 1949. She professed her final vows in 1955.

In 1982, after earning a master’s degree in counseling, focusing on geriatrics and gerontology, Sister Marie Julie focused her ministry on pastoral counseling. She spent three years as a pastoral associate at St. Bernard parish in Mill Basin, 1982-85.

A Mass of Christian Burial was held Nov. 6 in the Chapel at Villa Notre Dame in Wilton. Burial followed at St. Mary Cemetery in Bethel, Conn.