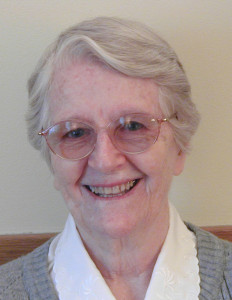 Born and raised in St. Luke parish, Whitestone, she attended the Dominican Juniorate, Water Mill, and 10 years after her older sister, Sister Catherine Marie, O.P., she joined the congregation in 1937. She received the habit on Aug. 8, 1938 with the religious name Sister Madonna Marie.

Although she left the classroom in 1980 and lived in Bethany Convent, Jamaica, she used her talents in many areas. She was an attendance secretary at Dominican Commercial H.S., Jamaica, 1980-98, and then served as school secretary at Cathedral Prep Seminary, Elmhurst, and St. Catherine of Sienna, St. Albans, 1998-2005.

A Mass of Christian Burial was celebrated in St. Albert Chapel, Amityville, on Jan. 24. Interment in the Sisters’ Cemetery followed.