Born in St. Aloysius parish, Ridgewood, she was one of the first students to attend the Dominican Juniorate, Water Mill, before joining the congregation in 1936. 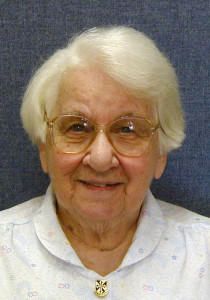 She received the name of her aunt, Sister Constantia.

Her administrative skills were called upon in Isabela, Puerto Rico, 1948-55, and as principal and superior at Presentation of the B.V.M., Jamaica, 1955-61.

After retiring from teaching, she became a part-time librarian in Good Shepherd School, Marine Park.

She is survived by her sister, Gertrude Stern of Queens.