She entered the congregation on Sept. 7, 1938. One year later, she received the habit and her religious name, Sister Thomas More. 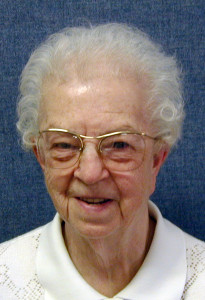 Her later years were spent in intercessory prayer at St. Catherine of Sienna Convent, Franklin Square, L.I., and Our Lady of Consolation Convent, Amityville, before moving to Carlin Hall in 2010.

She also served as a delegate in the congregation and was considered an expert in parliamentary procedure.

She is survived by her younger sister, Sister Rosemary Gillen, O.P.