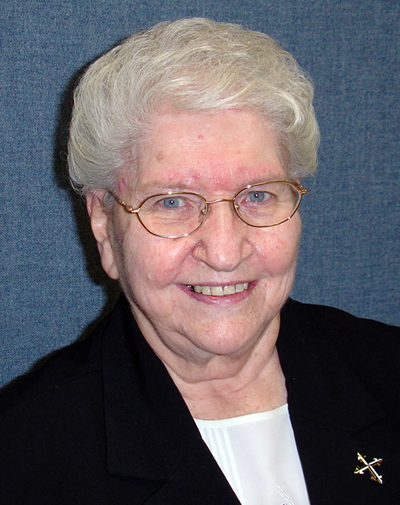 She entered the congregation on Sept. 8, 1956, from St. Luke’s parish, Whitestone. One year later, she received the habit and her religious name, Sister Richard Lawrence. In 1958, she pronounced her vows.

In 1975, she entered the nursing program at Molloy College, Rockville Centre, L.I., as a part-time student, while helping at Queen of the Rosary Infirmary, Amityville, until 1978.

She was coordinator of Consolation Convent, Amityville, 1999-2002, while residing at Our Lady of Lourdes, Massapequa Park, L.I. She then served as a driver at the Motherhouse until 2009.

A Mass of Christian Burial was celebrated in St. Albert Chapel. Amityville. Interment in the Sisters’ Cemetery followed.