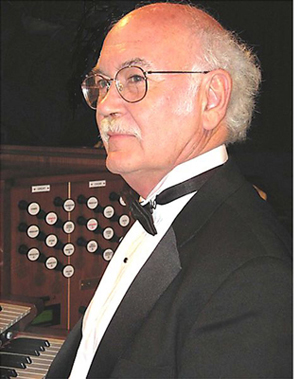 Joseph B. Smith, director of music and choirmaster at St. James Cathedral-Basilica, Downtown Brooklyn, died Dec. 27, 2012 at the cathedral shortly after playing the organ for the noon Mass.
A Mass of Christian Burial was celebrated Jan. 2 by Bishop Nicholas DiMarzio at the cathedral. Msgr. John Strynkowski, rector, preached the homily.
“Joe was a very humble and talented man,” said Msgr. Strynkowski. “He was the transparent instrument of music that is sacred and divine to us here at St. James.
“He now sings with the heavenly choirs and prays for us as we continue our journey to the Triune God.”
Bishop DiMarzio called Smith “a man of very few words. “But he spoke to us through music. He made music come alive. He was a man of music who sings with the angels.”
Born in Salem, Ohio, Smith attended the Julliard School, Manhattan. He performed at some of the great cathedrals in Europe as well as the Vatican. He served as organist for the papal Mass celebrated at Aqueduct Racetrack in 1995.
His liturgical compositions have been played at St. Patrick’s Cathedral, Manhattan; St. James Cathedral-Basilica; St. Francis Cathedral, Metuchen, N.J.; St. Joseph Cathedral, Buffalo, N.Y.; and the National Shrine of the Immaculate Conception, Washington, D.C.
He has served on the faculties of St. Joseph’s Seminary, Dunwoodie, N.Y.; the New York School of Liturgical Music; and St. John’s University.
He accompanied the three diocesan choirs that sang for Pope Benedict XVI during his departure ceremony at JFK Airport in 2008.
Smith is survived by his wife, Jessica Tranzillo Smith, director of music at St. Luke parish, Whitestone.