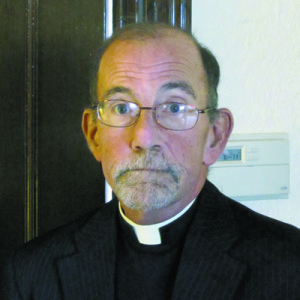 Father Thomas Catania, The Tablet’s award-winning Scriptures columnist, a member of the faculty at Molloy College, Rockville Centre, L.I., and a parish priest in Richmond Hill, died April 29 at North Shore Hospital, Manhasset, L. I. He was 63.

A Mass of Christian Burial was celebrated May 6 at Holy Child Jesus Church, Richmond Hill.

He was ordained May 26, 1973 by Bishop Francis J. Mugavero at St. James Pro-Cathedral, Downtown Brooklyn.

He served as an assistant at Resurrection-Ascension, Rego Park, 1973-75; and taught at Cathedral College, Douglaston, 1975-88.

In 1988, he began teaching at St. John’s Seminary, Camarillo, Calif., where he remained until 1990 when he joined the faculty at Molloy College, as a professor of English and theology.

Valerie Collins, vice president for academic affairs and dean of the faculty at Molloy, said Father Catania was “beloved by both students and staff members alike. He crafted eloquent homilies and prayers, and dedicated much of his life to Molloy College, most recently completing yet another term as faculty president.”

In 2001, he was assigned as an assistant at Holy Child Jesus parish.

Father Catania also was an instructor for the Catholic Schools Office, 1974-88, and the Diocesan Pastoral Institute, 1980-88.

He earned his doctorate in English from Fordham University in 1981.

In 2012, Father Catania won first place in the Catholic Press Association’s annual journalism awards contest as the Best Scripture Columnist for his writing in The Tablet.

A friend since high school, Msgr. Scharfenberger said that Father Catania was a genius and yet, a normal person.

“Tom would not have touched each of us so deeply unless he knew something about being human.

“He gave meaning to all whose lives he touched,” said Msgr. Scharfenberger. “And that’s because he found meaning in the One who was the center of his life, Jesus Christ.”

There were no immediate survivors. Burial was in a family plot in St. John’s Cemetery, Middle Village.