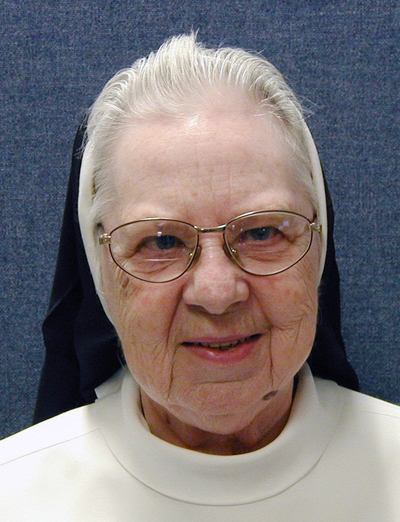 Born Violet Ellen in Quebec, Canada, she was young when her family moved to St. Fidelis parish, College Point. She attended the Dominican Juniorate, Water Mill, L.I., before entering the congregation in 1936. One year later, she received the habit and her religious name Sister Clarice. In 1938, she pronounced vows.

She spent most of her religious life at Our Lady of Guadalupe, Dyker Heights, teaching sixth grade, 1968-74, then serving as the parish sacristan, 1974-2005.

She became an extraordinary minister of Holy Communion, and she also spent hours before the Blessed Sacrament in prayer for the Church of Brooklyn.

Poor health necessitated a move to Carlin Hall at the Amityville Motherhouse in 2006.

A Mass of Christian Burial was celebrated in St. Albert Chapel. Interment was in the Sisters’ Cemetery.