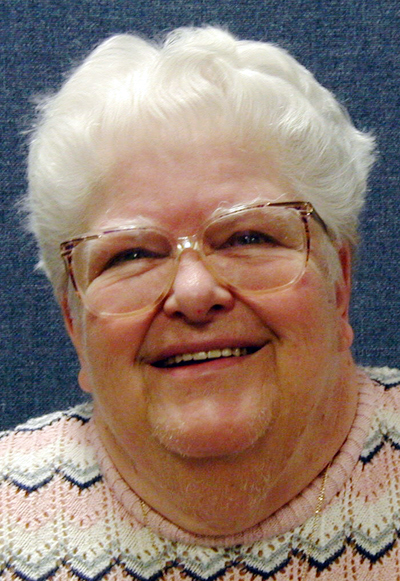 She entered the congregation in 1952 from St. Luke parish, Whitestone. In 1953, she received the habit and her religious name, Sister Anne Richard. One year later, she pronounced her religious vows.

After receiving her training and certification as a licensed practical nurse in psychiatric nursing, she ministered at Queen of the Rosary Motherhouse Infirmary; Homemakers, Inc., Hicksville, L.I.; Kings Park Psychiatric Center; and the Veterans Medication Center, Northport, L.I., until 1986.

Due to familial considerations, she ministered in Florida from 1986 to 1995. She worked as a nurse at Gulf Coast Jewish Family Services, Largo; St. Anthony Hospital, St. Petersburg; and Health Rehab Center, Largo. She served as social services coordinator at Catholic Charities in New Port Richey and St. Petersburg.

In 1986, she returned to the motherhouse. Poor health necessitated a move to Carlin Hall in 2003.

She is survived by her sister, Sister Mary Gabriel, a member of the cloistered Dominican Sisters at Hunts Point, N.Y.

A Mass of Christian Burial was celebrated in St. Albert Chapel, Amityville, and interment followed in the Sisters’ Cemetery.