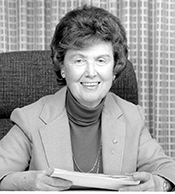 Sister Catherine McNamee, C.S.J., a Sister of St. Joseph of Carondelet and “one of the giants in Catholic education,” died Aug. 30 at her order’s residence in St. Paul, Minnesota. She was 89.

Sister McNamee, who was born in Troy, New York, and made her final profession of vows in 1965, dedicated much of her life to education. She was the first woman president of the National Catholic Educational Association from 1986 to 1996 and was president of St. Catherine University, a women’s university in St. Paul from 1979 to 1984. Over the years, she also held a variety of other positions of leadership in Catholic education.

During her tenure, NCEA convened the National Congress on Catholic Schools for the 21st century which gave rise to the Seton Awards, honoring individuals who have made significant contributions to Catholic education. She also established NCEA’s first communications office.

Mr. Hugh Harvey, a Lay Ecclesial Minister of the Diocese of Brooklyn, died on August 26.

A parishioner of Holy Family Parish in Greenpoint, as well as an employee of the Catholic Cemeteries of the Diocese of
Brooklyn, he moved to East Durham, NY upon his retirement. Mr. Harvey served at St. Cecilia’s Church, Greenpoint, for more than 10 years, and then at Sacred Hearts-St. Stephen’s, Carroll Gardens.

As a member of the Ancient Order of Hibernians Div. 6 (Greenpoint) in Kings County, he served as both Div. 6
President, as well as AOH Kings County President. Hugh served as the Aide to the Grand Marshall of the Brooklyn St.
Patrick’s Parade and was honored to represent Kings County in the 250th NYC St. Patrick’s Day Parade.

Predeceased by his parents, he is survived by a sister and cousin. 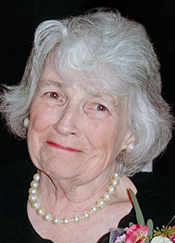 Patricia Kelly, a tireless advocate for the pro-life cause whose persistent lobbying efforts helped secure a ban
on physician-assisted suicide in Maryland, died Sept. 4 at Portumna, her family farm in Carroll County. She was 88.

A mother of 10 and a parishioner of St. Joseph in Taneytown, Maryland, Kelly volunteered for Maryland Right to Life from 1980 to 1990 before working for 11 years as a legislative lobbyist focusing on pro-life concerns for the Maryland Catholic Conference, the Annapolis-based legislative lobbying arm of the state’s Catholic bishops.

“Before the Maryland Legislature enacted a very permissive pro-abortion law in the 1990s, Pat was instrumental in keeping a finger in the dike — in holding back the ever-increasing pressure for liberalizing the state’s abortion law,” said Richard J. Dowling, the former executive director of the Maryland Catholic Conference who hired Kelly to work for the conference.

Dowling noted that Kelly was an important advocate for passing the ban on assisted suicide. She also helped lay the groundwork for an eventual ban on the death penalty in Maryland.

“More than anyone, she was responsible for keeping the disparate factions of Maryland’s pro-life movement unified and focused,” Dowling told the Catholic Review, the news outlet of the Baltimore Archdiocese.