Sister Kathleen Gilmartin, S.C., died Aug. 30, in Cabrini of Westchester, Dobbs Ferry, at age 97, in the 66th year of commitment as a Sister of Charity. She is survived by her sister, Theresa Dicks. 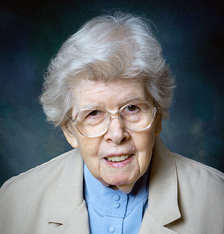 Sister Kathleen was born on Jan. 7, 1924, in Staten Island — one of seven children, five daughters and two sons, born to Thomas and Catherine Nealon Gilmartin. She attended Saint Mary Elementary and Saint Peter High School, both in Staten Island. She entered the Sisters of Charity of New York on Sept. 8, 1955.

Sister Kathleen received a BA in History from the College of Mount Saint Vincent and an MA in Elementary Education from Seton Hall University in New Jersey.

In the first 14 years of Sister Kathleen’s 39 years of ministry, she taught at Saint Paul in Brooklyn, Visitation in the Bronx, Immaculate Conception in Stony Point, Saint Joseph Academy and Our Lady of Mount Carmel (both in Manhattan), and served as as school secretary at Saint Ignatius Loyola in Manhattan.

For the next 21 years, Sister Kathleen taught courses in Business at Grace Institute in Manhattan. When she retired in 1998, she volunteered at Grace Institute for five additional years and later at Saint Vincent Catholic MedicalCenters and Mary Manning Walsh Home, both in Manhattan. When no longer able to volunteer, Sister Kathleen joined the retirement community at Saint Patrick Villa in Nanuet for four years and then lived with the retired sisters at Convent of Mary the Queen in Yonkers.

When it closed in 2015, she moved with other Sisters of Charity to Schervier Nursing Care Center in the Bronx. In 2020, the sisters at Schervier moved to Cabrini of Westchester in Dobbs Ferry.

Sister Maureen Boyle, O.P., was called to eternal life on Monday, Aug. 30. Sister Maureen was 88 and had lived and loved Dominican life for almost 70 years. Daniel and Mary Harrington Boyle, both immigrants from Ireland, welcomed Maureen to their family on February 19, 1933. She and her brother, Don, and sister, Eileen, were raised in Hollis, Queens. After graduation from Bishop McDonnell Memorial High School in 1951, Maureen entered the Novitiate at Amityville from her home parish, St. Gerard Majella. 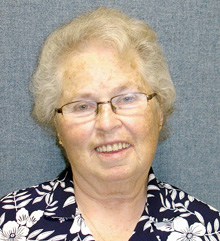 Sister Maureen earned a Bachelor of Arts at St. Francis College, Brooklyn, and a Master of Arts at St. Michael College, Winooski, Vermont. In 1980, she began studies at Fordham University where she earned a Master of Social Work degree. She also earned certificates in Spiritual Direction and Addiction Counseling.

As a social worker, Sister Maureen ministered at St. Andrew Center, Brooklyn; Our Lady of Consolation Nursing and Rehabilitation Center in West Islip; Helen Keller Institute in Port Washington; and Hope House Ministries in Port Jefferson. In 1998, she joined the Motherhouse Office of Health and Retirement and volunteered her services at Rotacare Medical Clinic. As her health declined, Sister Maureen became a resident in Carlin Hall at the Motherhouse in Amityville.

Deaf since her early 20s, Sister Maureen did not allow this to inhibit her zest for life. Services and a Mass of Christian Burial were held on Sept. 7 in St. Albert Chapel at Queen of the Rosary Motherhouse in Amityville. Interment in the Sisters’ Cemetery followed the Mass.

Lila Patricia Schmidt Gilleece, a member of the church choirs at St. Dominic, Bensonhurst, and Good Shepherd, Marine Park, as well as a lector at both churches, passed away on Sept. 3, at age 79. She was a graduate of Cathedral High School and St. John’s University. 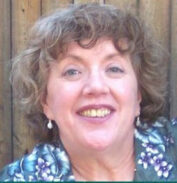 She is survived by her three sons, John, Robert and Matthew; six grandchildren, Ryan, Peter, Daniel, Julia, Francesca, and Sean; and three sisters, Meta, Greta, and Ilsa, as well many nieces and nephews. A funeral mass will be held Sept. 18 at 9 a.m. at St. Dominic Church.