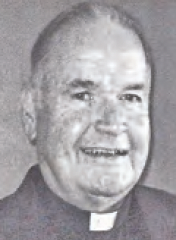 Father Thomas P. McDonnell died on July 30 in the Assisted Living Unit at the Maryknoll Society Center in Maryknoll, New York. He was 85 years old and a Maryknoll priest for 57 years.

Thomas Patrick McDonnell was born on January 18, 1937, in Brooklyn, the son of Martin and Margaret Touhey McDonnell. He was the youngest of five children, having two brothers and two sisters.

McDonnell entered Maryknoll Junior Seminary (Venard), Clarks Summit, Pennsylvania, on September 6, 1956. He earned his Bachelor of Arts degree in Philosophy in 1960 at Maryknoll College, Glen Ellyn, Illinois. At Maryknoll Seminary, New York, he received his Bachelor of Divinity and Master of Religious Education degrees and was ordained a priest on June 12, 1965.

After ordination, Father McDonnell was assigned to Maryknoll’s Tanzania Mission Region to work in the Shinyanga Diocese, where he served from 1969-1972.

On July 7, 1972, Father McDonnell was recalled to the United States to serve in the San Francisco Development House for three years.

Prior to returning to Africa, he enrolled in the Pastoral Counseling Program and obtained a Doctor of Ministry degree at the New York Theological Seminary.

He returned to Africa in July 1980 and took up work in Nairobi, Kenya. On July 26, 1984, he was again recalled to the United States and assigned to the Center for Mission Studies at Maryknoll, New York. In March 1987, He was reassigned to Kenya, where he worked for eight years.

Father McDonnell returned to the United States in August 1995 and was appointed Director of St. Teresa’s Residence in February 1998, a position he held until January 1, 2004, when, together with Father Thomas Ahearn, he was appointed as co-leader of the Pastoral Care response to residents of St. Teresa’s.

In July 2004, Father McDonnell was appointed Assistant Director for the Department of Society Member Services with responsibility for the pastoral care of Society members, a position he held for two years. From April 2003 to February 2009, he served as Assistant Superior of the Retirement Community. In March 2009, he was appointed Superior for a three-year term. In September 2007, he was elected Second Official Delegate for the Retirement Community to the Twelfth General Chapter.

Father McDonnell is survived by his sister, Gloria McDonnell, of Belle Harbor, New York, and his niece Linda Toomey, of Princeton, New Jersey. He was pre-deceased by his sister Margaret Brink and his two brothers, Michael and Martin McDonnell. 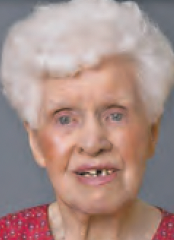 Sister Mary Timothy Hogan, S.C., a Sister of Charity-Halifax for 82 years, died on Aug. 28 at the age of 100. She leaves her brother, Thomas, and her sisters-in-law, Elizabeth Hogan and Barbara Hogan, as well as her devoted nieces and nephews. She is also survived by her sisters in the community.

Sister Mary entered the Sisters of Charity, Halifax, Nova Scotia, in 1940 and was missioned in 1943 to Our Lady Help of Christians School in Brooklyn, where she taught elementary grades for six years. She spent the next 16 years of ministry in various schools in Nova Scotia, Canada, returning to Saint Patrick School, Lawrence, Massachusetts, in 1965. Sister Mary spent 23 years teaching at Saint Patrick School.

She took an assignment at Most Precious Blood School for the next three years, then served as a volunteer substitute teacher at Saint Patrick’s until formally retiring in 1998. Sister Mary moved to Marillac Residence, Wellesley, Massachusetts, in 2006. Throughout her ministry in education, she taught religious education classes in the parishes in which she served as well as moderating the parish sodality in Dartmouth, Nova Scotia.

Sister Dorothy Eileen Mulcahy, (Sister Maria Dorothy), a Sister of Charity- Halifax for 75 years, died on Aug. 31, at the age of 97.

Sister Dorothy is an alumna of Mount Saint Vincent University. She received her Bachelor of Science in Elementary Education and her Bachelor of Arts. She also studied Guidance at St. Michaels College in Vermont. Upon retiring from teaching in 1984, Sister Dorothy attended Gonzaga University in Washington and received her certificate in Religious Studies specializing in Leadership and Spiritual Direction. She also served in many leadership and administrative roles within the congregation of the Sisters of Charity- Halifax.

Sister Dorothy served as a teacher and administrator for 36 years. She taught in Saint Sebastian School, Woodside, New York, from 1947-58, in Nova Scotia and British Columbia, and she served as a principal in Nova Scotia and the Province of Quebec. She worked with the Halifax Municipal School Board, teaching special education classes. She also taught Religious Education classes.

For seven years, Sister Dorothy served at Seton House of Prayer in British Columbia (Summerland and Kelowna), where she supported pastoral ministers, directed retreats, and provided spiritual direction. In 1991, she transferred to St. Vincent Convent, Edmonton, Alberta, where she was involved in congregational administration.

She continued working in administration when she returned to Halifax and served in leadership at Mount Saint Vincent Motherhouse. She moved to Caritas Residence and served as a volunteer from 2008 until she retired in 2011.

Sister Dorothy was a woman of deep faith who was known for her kindness, patience, and genuine interest in others. She had a wonderful laugh and beautiful smile, creating an atmosphere of welcome and joy wherever she lived.