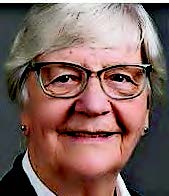 Sister Joan DeGrace, S.C. (Sister James Kevin), a Sister of Charity Halifax for 68 years, died at Caritas Residence, Halifax, Canada, on Oct. 1, at age 87. She is survived by her sisters, Marvel (Vincent) Colton and Bernardine Drover, as well as many nieces, nephews, and grandnieces and nephews. She is also survived by her sisters in the community. Sister Joan received her B.S. in Elementary Education from Mount Saint Vincent University, Halifax, and her postgraduate diploma from the University of New Brunswick, Fredericton. Sister Joan began her ministry teaching in Saint Aidan School, Williston Park, from 1956-59 and Our Lady of the Cenacle School, Richmond Hill, New York, from 1959-62, before returning to the Maritimes to teach in Bathurst, New Brunswick, Halifax, Musquodoboit and Cole Harbour, Nova Scotia.

In 1990 Sister Joan returned to university, obtaining her Masters of Theology from the Atlantic School of Theology and her Master of Arts in Pastoral Care/Health Services from Saint Paul’s University Ottawa. She received her certification as a specialist in Pastoral Care in 1995 from C.A.P.P.E. in Halifax.

While in graduate studies in Ottawa, she served as chaplain at Carleton Hospital. Upon graduation, she served as director of pastoral care at Saint Joseph’s Hospital, and then at Cape Breton Regional Hospital. In 1999 she returned to Halifax and was appointed Hospital Chaplain at the QEII Health Sciences Centre. From 2001-2009 Sister Joan was missioned to Quebec to serve with the Spiritual Care Ministry at Saint Elizabeth Centre.

Sister Joan was a gifted artist and continued her love for painting into her late 80s. Many of her works have been displayed at art shows and gifted to charity auctions throughout Halifax. Sister Joan loved her family, enjoyed trips home to Bathurst, and always spoke fondly of her many nieces and nephews. 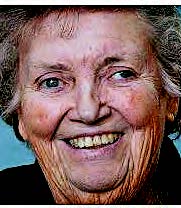 She returned to her beloved home parish of Saint Peter’s, Dorchester, Massachusetts, where she taught for several more years before retiring to Marillac Residence at Mount Saint Vincent, Wellesley, Massachusetts, in 2013. She is survived by her siblings Sheila (John) Harris, Kathleen (Kitty), and Patricia, all of East Falmouth, Massachusetts; Eileen of Naples, Florida; Daniel (Patrick) of Tucson, Arizona; Bill (Terry) of Rockland, Massachusetts; Noreen (John) Hickey of Marshfield, Massachusetts; and Tim (Joanne) of Milton, Massachusetts. She is also survived by many nieces, nephews, grandnieces, and nephews, as well as cousins in the U.S., Canada, and Ireland.