Msgr. Was ‘a Good and Faithful Servant, a Man of God’

Msgr. Peter V. Kain, a retired priest of the Diocese of Brooklyn, died on April 21. Msgr. Kain was born on April 28, 1940, and was baptized at Most Precious Blood Church in Long Island City. After studies and formation at Cathedral College of the Immaculate Conception, Brooklyn, and the Seminary of the Immaculate Conception, Huntington, Msgr. Kain was ordained to the priesthood by Bishop Bryan McEntegart at Saint James Cathedral on May 29, 1965. 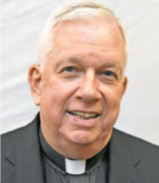 After his ordination in 1965, Msgr. Kain served as the chaplain of the Bishop McDonnell Summer Camp in Commack, New York. From there, he was the parochial vicar of Saint Catherine of Siena in St. Albans (1965-1969).

After a sabbatical at the Pontifical North American College in Rome in 1985, Msgr. Kain was made the pastor of Our Lady of Lourdes, Queens Village.

Pope Saint John Paul II named then-Father Kain as a Prelate of Honor with the title of Reverend Monsignor in 1989, and prelate of honor in 2007. Upon completion of his assignment as pastor in Queens Village, Msgr. Kain was made the pastor of St. Ephrem, Dyker Heights, until his retirement in 2015. He remained in residence there until he moved to the Bishop Mugavero Residence for Senior Priests.

“Ministry was important to him,” Bishop Bootkoski, Bishop Emeritus of the Diocese of Metuchen, New Jersey, and a friend of Msgr. Kain for 45 years, said in the homily he delivered at the funeral Mass. “He kept that focus, always getting insight into Jesus Christ. He was a good and faithful servant, a man of God.”

Father Bonaventure Moccia, C.P., a Passionist priest, died on April 18 at Immaculate Conception Monastery in Jamaica, Queens. He was 97. 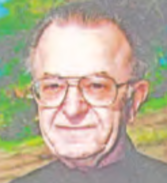 Born on September 4, 1925, the son of the late Joseph Moccia and the late Rosa Russo Moccia, Fr. Moccia attended Christopher Columbus High School in the Bronx from 1939-1942 and graduated from Cardinal Hayes High School in the Bronx in 1943. He attended Holy Cross Prep Seminary in Dunkirk, New York, and entered the Passionist novitiate in 1945. He professed vows at Saint Paul of the Cross Monastery, Pittsburgh, Pennsylvania, in 1946. Archbishop Thomas Boland ordained him to the priesthood on February 28, 1952 at Saint Michael Monastery, Union City, New Jersey.

Father Moccia conducted parish missions and retreats from 1953-1955 in Toronto, Ontario and West Hartford, Connecticut. He then was guestmaster at the Passionist Monastery of Saints John and Paul, at the Passionist Generalate in Rome from 1956-1959. He returned to the United States and served at Saint Gabriel Parish, Brighton, Massachusetts from 1959-1970. He moved to Worcester in 1970 and served six years at Saint Michael Passionist Residence. From 1977-1979 he was vicar at Holy Family Monastery, West Hartford, Connecticut. From 1980-1982 Father Moccia engaged in an area evangelization program in Ellsworth, Maine. He returned to Shrewsbury in 1982 and then devoted 1984-1985 to serving the Italian-American Catholics of Sacred Heart in Boston. Father Moccia returned to Saints John and Paul in Rome as guestmaster and translator from 1985-1999. In 2011, he moved to the Immaculate Conception Monastery in Jamaica, where he assisted with secretarial functions.

A Mass of Christian Burial was celebrated April 22 at Immaculate Conception Monastery, Jamaica. Interment was scheduled for an undetermined date at Our Lady of the Isle Cemetery, Shelter Island, New York.

He then completed graduate degrees as a Master of Divinity and a Master of Art in 1980 and 1981, respectively, from St. John’s University in Queens.

Father Douglas was a professed member of the congregation of the Passion of Jesus Christ (Passionists), Province of St. Paul of the Cross. His first profession of vows as a Passionist was on August 14, 1977, and his final profession of vows was on September 7, 1980. He was ordained to the priesthood on May 14, 1981 at Immaculate Conception Church in Jamaica, by Bishop Francis J. Mugavero. Between 1990 and 1993, Fr. Douglas completed active military service as a Major in the United States Air Force as a Military Chaplain. He was honorably discharged on March 14, 2003.

Sister Joan Ann Larkin, CSJ, died March 12, at age 89, in her 71st year as a Sister of Saint Joseph in Brentwood, New York. Born Feb. 26, 1933, Joan grew up in Brooklyn and attended Saint Sylvester Elementary School, and in 1951 graduated from The Mary Louis Academy.

Upon completion of a semester at Saint John’s University, Joan entered the convent and embarked on a life of prayer and service as a consecrated woman religious. Sister Joan began her teaching ministry at Saint Pascal Baylon and then Transfiguration while earning a BS from Saint John’s and an MS in mathematics from Catholic University of America. She then went on to teach at Bishop Kearney High School.

In 1965 Sister Joan was missioned to Puerto Rico. After returning to New York, Sister Joan began her long association with the Academy of Saint Joseph in Brentwood as a teacher of mathematics, assistant principal for curriculum, and treasurer. Sister Joan served as general treasurer for the Sisters of Saint Joseph from 1986-2000.

A liturgy was celebrated in her honor in Sacred Heart Chapel in Brentwood on March 17, followed by burial at Calvary Cemetery in Brentwood.

Brother Peter A. Pontolillo, of the Marianist Residence Community in San Antonio, Texas, died in the service of the Blessed Virgin Mary on April 12, 2022, in San Antonio at age 83 with 64 years of religious profession.

Peter Alessandro Pontolillo was born on March 20, 1939, in Hempstead, New York. He first encountered the Marianists at Chaminade High School in Mineola, New York, and, after graduating in 1956, he entered their novitiate at Marcy, New York.

Peter professed first vows at Marcy in 1957. He earned a Bachelor of Science in Education from the University of Dayton, Ohio, in 1960. He professed perpetual vows in the Society of Mary at Beacon, New York, in 1965.

In 1966, Brother Peter was named Principal at Holy Trinity High School in Brooklyn. In 1972, he was named executive director of the Catholic School Administrators Association of New York.

After advancing Catholic education for more than 30 years, he was called to Rome in 1996 to serve in the Curia Generalizia Marianisti, where he teamed with others to direct the work of Marianists worldwide. In 2020, he retired to the Marianist Residence Community in San Antonio.

A funeral Mass for Brother Peter was held April 22 at Holy Rosary Church, San Antonio, Texas. He was laid to rest at Cemetery of the Holy Rood in Westbury, New York.