Sister Miriam Anthilia Whitwell, SSJ, died May 14, in the 70th year of her religious life.

She entered the congregation from her home parish of St. Finbar in Brooklyn. 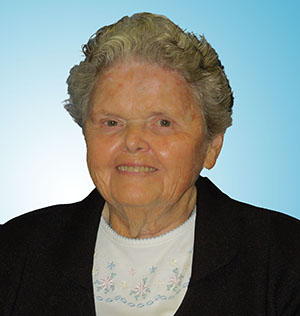 Miriam earned her BA in History from St. Joseph College, Brooklyn in 1965, her MA in Social Studies from Brooklyn College as well as NYS Permanent Teachers Certificate in 1971, and her Advanced Catechial Certificate in 1986.

Anthilia lived God’s call to become a Sister of St. Joseph with fidelity, love, and service.

Over the course of her active ministry, Anthilia taught in 14 different schools from Brooklyn to East Hampton, motivated by her love of children and the selfless reward of teaching.

Her wake and Mass of Christian burial took place in Sacred Heart Chapel, Brentwood, on May 20, followed by her interment in Calvary Cemetery, Brentwood.