Father Dehua (Edward) Zhang, C.S.J.B., a retired religious priest of the Roman Catholic Congregation of Saint John the Baptist who ministered in the Diocese of Brooklyn, died Thursday, Feb. 3, in Flushing Hospital at age 98. 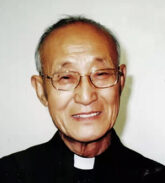 Father Zhang served the Diocese of Brooklyn as Parochial Vicar of the Parish of Saint John Vianney (Flushing), and Our Lady of China Chapel (Elmhurst).

Father Zhang was born Oct. 24, 1924, to a devoted family of faithful Catholics in Tianjin, Hebei Province, China. His parents had five children, three of whom dedicated their lives to God: Father Zhang as a religious priest, and his two sisters as religious nuns.

In 1958, he was jailed in Communist China for his religious beliefs and held in labor camps for more than 30 years.

After he was paroled, he was ordained as a priest in Xi’an by Bishop Jia Zhiguo on Dec. 19, 1986. When the Communist authorities learned of his ordination, he was imprisoned again for another eight years.

On April 16, 1994, Father Zhang escaped to Hong Kong and came to Los Angeles, Calif. on April 22. He arrived in New York in May 1994 to begin his life of religious freedom.

After his long battle to profess his faith, Father Zhang finally took his perpetual vows at St. Paul’s Catholic Church in Elmhurst, Queens, on April 13, 1996.

After taking those vows, Father Zhang served as a parochial vicar for Our Lady of China Chapel in Elmhurst and St. John Vianney Parish in Flushing, performing pastoral services in the Chinese Catholic community.

He also ministered to faithful in nursing homes across New York City and as far as Long Island, New Jersey, Connecticut, and Pennsylvania.

“Father Zhang endured much pain and suffering for his faith,” said Brother Peter Li, the Provincial Superior of the North American order of the Congregation of St. John the Baptist. “With his loving devoted heart, Father Zhang said, ‘All this is the will of God. God is love, so I should hate no one.’ Father Zhang gave all his heart and love for God in serving others.”

A wake and vigil Mass for Father Zhang was held on Feb. 11 at St. John Vianney Church, Flushing.

A funeral Mass was held on Feb. 12 at St. John Vianney Church, followed by burial at Gate of Heaven Cemetery, Hawthorne, New York. 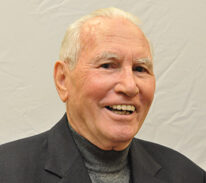 Deacon Oggeri was an Army veteran having served as a Private from 1953-1955, with an honorable discharge. In civilian life, he worked for Con Edison for 42 years as a Photo Specialist.As a deacon, he volunteered in prison ministry, for two hours on Thursdays. He retired from active ministry on Nov. 16, 2009.

Deacon Oggeri, whose wife, Violet, died on Jan. 9, is survived by sons William and Joseph.

A funeral Mass for Deacon Oggeri was held on Feb. 15 at Transfiguration Church, followed by interment at Gate of Heaven Cemetery, Hawthorne, New York.

CORRECTION: The funeral Mass for Sister Eleanor Nishio was celebrated at the Sisters of Mercy Convent in Whitestone and burial was in St. John’s Cemetery. Sister Eleanor is survived by her sister and brother-in-law, Margaret and Arthur Tom and a loving niece and four nephews. The information provided to The Tablet for the Feb. 12 edition was incorrect.