She was the daughter of Edward and Dorothy Houser and was nurtured by her family and the community at St. Margaret’s Parish and School, Middle Village, and The Mary Louis Academy, Jamaica Estates. After graduation, Sister Juliette entered the Sisters of St Joseph in 1957. 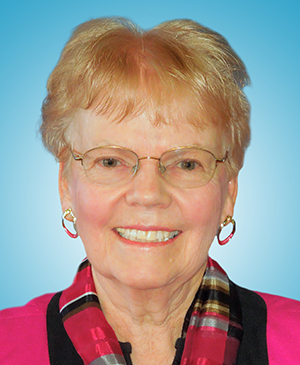 Sister Juliette received a BS in education from Brentwood College, an MA in mathematics from Queens College, and an MA in theology from the Immaculate Conception Seminary, Huntington, New York, while teaching in St. Bernard’s, Levittown and Our Lady of the Snows, Floral Park. However, she knew that her real passion was to work in pastoral care and spent the next 44 years following that path.

She received her CPE from Lutheran Medical Center and certification in chaplaincy and supervisory from the U.S. Catholic Conference. As part of a group, Sister Juliette helped develop a multi-level training program for the National Association of Catholic Chaplains. Heightening awareness of the need for in-depth training for the Ministry of Pastoral Care brought her full time to Brooklyn Catholic Charities as coordinator of Pastoral Educational Programs and Prison Ministries, as well as director of Pastoral Care Center/Program for NYC Health + Hospitals/Queens.

Although Sister Juliette received many rewards and recognition for her work through the years and was considered a legend and pioneer by those whom she helped train, the greatest reward for the “Grandmother” or “Foundress of Pastoral Care Programs” was seeing one of her student graduates minister to a needy person in a sickbed.

Rev. Kevin McBrien, pastor of Our Lady of the Snows Parish, was the main celebrant of Sister Juliette Marie Houser’s Mass of Christian Burial on November 14 at Sacred Heart Chapel, Brentwood. Because Sister Juliette requested to be cremated, her remains will be interred in Calvary Cemetery, Brentwood, at a later date.