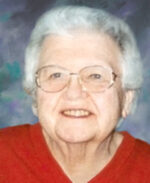 Born in Manhattan, one of four children of James and Catherine Costigan Long, Muriel attended Our Lady of Good Counsel Elementary and Cathedral High School, both in Manhattan, and worked for one year before entering the Sisters of Charity of New York on Sept. 7, 1947.

Sister Muriel devoted almost half of her 50 years of active ministry to education on the elementary and high school levels. She taught upper elementary grades at Saint Joseph, Yonkers, Saint Paul and Blessed Sacrament, both in Manhattan, Saint Paul, Brooklyn, and was principal of Saint John the Baptist, Brooklyn, and Saint Emeric, Manhattan.

In the early 1970s, Sister Muriel began her years of pastoral ministry in the religious education of adults and the formation of catechists and Catholic lay leaders.

She served as Director of Religious Education at Saint Peter Parish, Haverstraw, as a member of the parish ministry team at Our Lady of Victory, Bronx.

She co-founded the South Bronx Pastoral Center, and served as both a teacher and program director, and later became teacher and director of religious formation at Saint Mary Parish, Yonkers.

A funeral service for Sister Muriel was held Saturday, Dec. 4 at St. Margaret of Cortona Church, Bronx, followed by burial at St. Joseph Cemetery in Yonkers.

Father Darío Betancourt, a priest of the Archdiocese of Medellin, Colombia who ministered in the Diocese of  Brooklyn, died Friday, Dec. 3, 2021 at age 82. 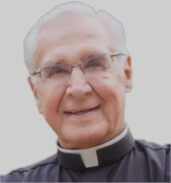 Born in Medellín, Colombia, Father Betancourt was ordained for the Archdiocese of Medellín in September, 1964. He was later granted permission to seek a permanent assignment in the U.S. to be near his family. After arriving in the Diocese of Brooklyn, he ministered at different parishes, including Corpus Christi, Woodside, St. Joseph Patron, Brooklyn, and Ascension, Elmhurst. Fifteen years after he arrived in Brooklyn, with the permission of his bishop, he became an itinerant preacher. In September 1984, he took another assignment, with the worldwide Charismatic movement, while remaining in residence in the Diocese of Brooklyn.

Legendary Mexican musician Vicente Fernández passed away on Sunday. He was 81. Fernández, an eight-time Latin Grammys winner, long represented the machismo of ranchera music, with its hard-living, hard-working lifestyle delivered in a fiery tone.

His first hit came from his iconic treatment of  “Volver Volver”, but it’s another major hit, “Por Tu Maldito Amor,” that showed the agony and longing that characterized his musical stylings.

“The lights have never shined brighter in the sky,” his son, Alejandro Fernández, said in Spanish on Instagram.

In 2016, Fernández released “Un Azteca en el Azteca,” a live album featuring his greatest hits. The album was recorded at the Estadio Azteca in Mexico City, the largest venue in the country, which holds over 87,000.

It was billed as his farewell concert, and it also turned out to be the last before he experienced a series of health problems.