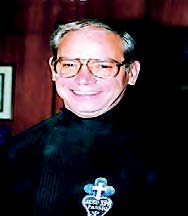 Father Vincent Segotta, C.P., died on December 2, 2022 at Immaculate Conception Monastery in Jamaica, New York. He was 81 years of age. Born on March 25, 1941, the son of the late Vincent Segotta and the late Rosa Barba Segotta, Father Segotta is survived by his sister Della Ann Segotta of Waretown, New Jersey. He was pre-deceased by his sisters Mary, Dolores, Joyce, and Roseanne and his brother Joseph.

His First Profession into the Congregation of the Passion of Jesus Christ, St. Paul of the Cross Province was on August 26, 1973, and his Final Profession was on September 5, 1976.

He was ordained to the Priesthood by Bishop Francis Mugavero on May 12, 1977.

In 1966, Father Segotta enlisted in the United States Army, served as a reservist from 1968-1972, completed military chaplaincy studies at Fort Hamilton, New York in 1979, and served as an Army Chaplain from 1979-80 in Fort Carson, Colorado.

During his extensive years of Passionist ministry, Father Segotta was a member of the Third Order of St. Francis of Assisi, the Knights of Columbus, and the Legion of Mary. From 1979-1981 he also conducted the preaching ministry for the United States Senate.

A Mass of Christian Burial was scheduled to take place at the Immaculate Conception Choir Chapel on Wednesday, Dec. 7 at 10:30 a.m.

Military burial and interment will be at Immaculate Conception Cemetery in Jamaica, New York. 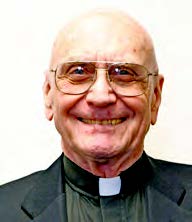 Msgr. Cantley served the Diocese of Brooklyn as pastor of the Parish of Saint Anastasia in Douglaston, and was also administrator of Saint John Vianney parish in Flushing. He also served as parochial vicar for the parishes of Saint Michael in Brooklyn, Saint Benedict Joseph Labre in Richmond Hill, and Blessed Sacrament in Jackson Heights. Msgr. Cantley was also a faculty member at the Immaculate Conception Seminary and at Saint John’s University. He served as a former chairman of the board of directors of The Tablet. On May 16, 1986, Msgr. Cantley was named Prelate of Honor to His Holiness, Pope Francis.

“Msgr. Cantley was an accomplished writer and a brilliant professor of theology, who had a long teaching career, but he was also a tremendously spiritual priest who loved being a pastor,” said Msgr. Michael Hardiman, pastor of Queen of Peace parish in Kew Gardens Hills, a longtime friend. “A lot of people in the Diocese will see his passing as a great loss, and I’m certainly one of them.”