Growing up with loving parents and three brothers, Rosemary graduated from Saint Athanasius School and Saint Brendan High School. In 1959, she entered the Sisters of Saint Joseph and embarked on a lifelong ministry of service and presence to the people of Long Island. From St. Benedict Joseph Labre to St. Mary, Mother of Jesus to Our Lady of the Snows schools, Sister Rosemary taught first graders and then junior high students while earning a master’s degree in Education from Brooklyn College.

Moving to St. Patrick Parish in Glen Cove, she became Director of Religious Education. In 1981, she and Sister Dolores Lawson responded to the needs of developmentally challenged adults by serving as Community Residential Managers of Alhambra House in Huntington Station for 10 years. This was followed by a period of congregational service to the sisters in Suffolk County.

Continuing her mission to bring God’s peace and love to all without distinction, Sister Rosemary became the Coordinator for Mission Effectiveness in Maria Regina Residence. Until shortly before her death, she responded with compassion, a loving heart, and a listening ear to the concerns and needs of residents, staff, and volunteers.

On July 26, a wake was held for Sister Rosemary in the Joan de Lourdes Room where the Mass of Christian burial was celebrated by Rev. Sean Ganz. Burial followed in Calvary Cemetery on the convent grounds.

Sister Judith Marie Rollo, S.C, a Sister of Charity-Halifax for 63 years, died July 27, 2021, at the age of 81. She is survived by her sister, Joan Smith and her husband, William; and brother, William, of Massachusetts. 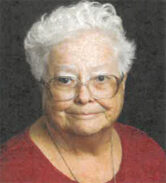 Sister Judith was missioned at Our Lady of the Cenacle School, Richmond Hill, from 1960-68 as a grades 6-7 teacher. She also taught chemistry at St Agnes High School, Rockville Centre, from 1975-77. Sister Judith transferred to Bermuda in 1977. In Bermuda, Sister Judith served as teacher and high school principal of Mount Saint Agnes Academy. In January 2021, Sister Judith retired to Mount Saint Vincent, Wellesley Hills, Massachusetts, until her death.

A funeral Mass and burial were held on August 2, 2021, at St. John the Evangelist Parish, Wellesley, MA. Interment was held at Saint Mary’s Cemetery, Needham, Massachusetts.

Sister Kathleen committed 52 years of active ministry as an elementary school educator, serving as a teacher, principal, district superintendent, and archdiocesan superintendent. She was an elementary teacher at Epiphany in Manhattan, Saint John the Baptist in Brooklyn, and Saint Peter in Staten Island. She then served as Principal of Saint Peter Elementary in Staten Island for 10 years.

She next accepted the appointment of the Archdiocese of New York to be the district superintendent for the elementary schools of Staten Island. After 10 years in this role, Sister Kathleen was asked to assume responsibility as the associate superintendent for professional recruitment for all archdiocesan schools in its elementary division.

After 21 years serving in these capacities, Sister Kathleen entered a sabbatical program, and then returned to elementary education as the Curriculum Director at Saint Mark the Evangelist School in Manhattan. Sister Kathleen retired in 2010 and resided at Ely Hall at Mount Saint Vincent until her death.

A funeral service was held on August 5, at St. Margaret of Cortona Church in the Bronx, followed by interment at Ascension Cemetery in Monsey, New York.