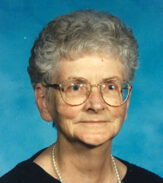 Born Joan Marguerite to Julia and Michael McGrath, she and her two sisters grew up in St. Brendan’s parish. After graduating from St. Brendan’s High School, Sister Mary entered the religious community “to serve God in the best possible way.”

Sister Mary’s degree from St. John’s University and advanced Religious Studies from the Diocese of Rockville Centre prepared her for her specialty – working with children and their parents on the elementary level. She brought her caring way to seven different schools, teaching second to eighth grades in the Brooklyn Diocese at St. Teresa of Avila, St. Vincent de Paul, St. Michael’s, Immaculate Heart of Mary, St. Francis de Sales, Holy Cross, and Queen of Peace.

Her leadership skills and unique ability to build a faith community that joined school and parish life were also reflected in the seven parishes where Sister Mary served as principal. These included St. Joseph’s (Hewlett), St. Philip Neri (Northport), St. Frances de Chantal (Wantagh), Sacred Heart Seminary, Holy Redeemer (Freeport), St. Patrick’s (Smithtown), and the Academy of St. Joseph. The Diocese of Rockville Centre was also fortunate to have Sister Mary’s service as their Coordinator of Curriculum and Testing in the Office of Education.

In 2007, Sister Mary moved to St. Frances de Chantal Parish (Wantagh), where she found a peaceful, welcoming home and a renewed sense of ministry as a “Sister of the Neighborhood,” helping the parish wherever she could, supported by the sisters in the convent.

Sister Maureen was missioned to Saint Sylvester School, Brooklyn, from 1966-70, and Resurrection-Ascension School, Rego Park, from 1970-71 as a 7th-grade teacher.

Sister Maureen was also missioned in the Rockville Centre Diocese as well as in Massachusetts.

Sister Maureen retired and lived at Mount Saint Vincent, Wellesley, Massachusetts, from 2014 until her death.

She is survived by her sister, Kathleen Sullivan, cherished cousins and her sisters in community.

Sister Marie Flaherty, OP, died on March 17, eight days shy of her 84th birthday. She had devoted 66 years in service to the people of God as a Sister of St. Dominic of Amityville. 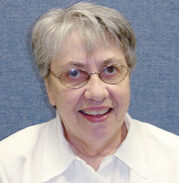 Sister Marie was born March 25, 1938, in Astoria, one of five children of Marie and Jack Flaherty. Marie was very devoted to her loving family.

Upon graduating from St. Agnes High School in College Point, Marie entered the Sisters of St. Dominic of Amityville, on Sept. 10, 1955.

Sister Marie received a Bachelor of Science degree from St. Francis College in Brooklyn and a Master of Arts degree from Pace University in New York. Sister Marie’s ministry included 13 years of teaching on the elementary level at St. Fidelis in College Point, Sacred Heart in East Glendale and Good Shepherd in Brooklyn.

This was followed by 11 years as a principal in both St. Mary Star of the Sea School and St. Jude’s School.

In 1981, Sister Marie answered the call to become involved with Las Casas in Oklahoma. The organization was involved with supporting the human development of Native American and other minority groups in northwest Oklahoma.

While in Oklahoma, Sister Marie earned a degree in Human Relations from the University of Oklahoma.

Sister Marie returned from Oklahoma in 1996 to be the program director of parish services at St. Joseph’s in Garden City, New York.

In 2002, Sister Marie was honored by the parish for her devoted service to the needy. Declining health necessitated Sister Marie’s move to Carlin Hall at Queen of the Rosary Motherhouse in 2015.

The wake and funeral for Sister Marie was held in St. Albert Chapel in Amityville on Monday, March 21. Father Joe Schlafer, former Pastor of St. Joseph’s, celebrated the Mass of Christian Burial. Interment followed in the Sisters’ Cemetery.