Sister Cecelia Dignan, CSJ,  formerly known as Sister Thomas Caritas, a member of the Congregation of St. Joseph for 65 years, died on March 21. 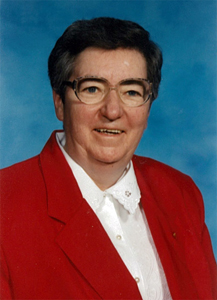 She entered the congregation from her home parish of Holy Cross, Flatbush.

Sister Cecelia’s wake and funeral Mass were in the Joan de Lourdes Room in Brentwood on March 26, followed by her interment in Calvary Cemetery, Brentwood.

Sister Helen Mary Dolan, SSND, a School Sister of Notre Dame for 63 years, died on April 6. She was 82. 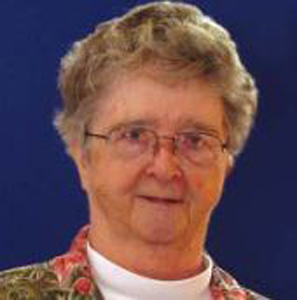 After her first profession in 1958, she taught at schools in Cambridge, MA, and Bethel and Bridgeport, CT. She served as principal in Secaucus, New Jersey, and Glen Cove, NY, before becoming community leader at Villa Notre Dame in Wilton, CT.

Later, after studying clinical and pastoral education at Methodist Hospital in Brooklyn, Sister Helen Mary was on the staff of Saints Joachim and Anne Health Care Center in Brooklyn until 2004, when she retired to Villa Notre Dame.

Her burial was at St. Mary Cemetery, Bethel, CT after her coffin was blessed by her community and family at the front door of Villa Notre Dame on April 12.

She entered the Congregation in Sept. 1947, from the St. Pancras School and Parish, after graduating from Bishop McDonnell High School.

She held a Master of Arts from the College of St. Rose in Albany, NY, and a Master of Science from New York University.

In 1957 she began a 13-year assignment in Puerto Rico where she taught secondary education in Naranjito, Yauco, and Bayamon. After serving for three years as principal at the Academia Santa Rosa in Bayamon, she became a teacher at the Catholic University of Puerto Rico.

When she returned to the U.S., she taught at Queen of the Rosary Academy in Amityville before moving into Congregational Service in the Motherhouse.

Afterward, she became involved in ministries that focused more on social issues at Parish Services and the Spiritual Enrichment Center in St. Kilian’s Parish in Farmingdale; St. Martin of Tours Parish in Bethpage in Pastoral Ministry and Religious Education for six years; and Our Lady Queen of Martyrs Parish in Forest Hills.

Later on, she established a home for the elderly and homeless in Baldwin, NY, before retiring to the Motherhouse in Amityville.

A funeral Mass was celebrated on April 8, followed by her interment in the Sisters’ Cemetery in Amityville.

Sister Elizabeth Judge, SC, a Sister of Charity for 48 years, died on Apr. 3 at Cabrini of Westchester, Dobbs Ferry. She was 86.

She was a volunteer at the Haitian Apostolate of the Diocese of Brooklyn (2004-15).

Her funeral Mass was on Apr. 9 at St. Margaret of Cortona Church, Bronx. Her burial was at St. Joseph Cemetery, Yonkers, NY.