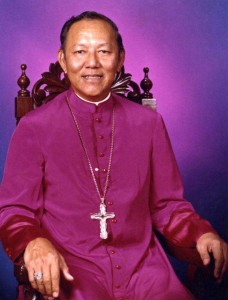 Msgr. Feliciano M. Palma, a retired priest of the Diocese of Malolos, Philippines, died Oct. 7 in the Bayside home of his family where he had been residing.

Born in Manila, he was ordained on March 17, 1956, at Santo Nino Church Tondo, Manila. Among his assignments in his home diocese were vicar general of the diocese and pastor of St. Augustine parish, Bulacan.

Here in the Brooklyn Diocese, he served as a parochial vicar and director of religious education at Incarnation parish, Queens Village, and weekend assistant at Our Lady of the Snows, North Floral Park.

A Mass of Christian Burial was celebrated Oct. 12 at St. Robert Bellarmine Church, Bayside. Burial of his remains will be at Christ the King Church in Manila. 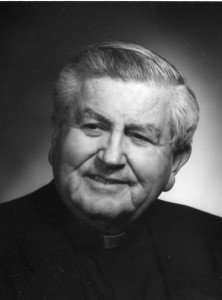 After ordination on June 11, 1960, he was assigned to Arequipa, Peru, where he did pastoral work and taught school at San Juan Parish in Puno, 1963-70.

In 1971, he returned to the U.S. and served more than 25 years in Maryknoll’s Development Deptartment.

Although Father Ryan retired in 2002, he worked part-time for development and worked half the year at the Maryknoll House of Prayer Apostolate at Lourdes, France. From 2006 to 2009, he served as the House Pastor of the Maryknoll Residence in Los Altos, Calif. Father Ryan moved to St. Teresa’s Residence in 2010.

Father Ryan is survived by his sister, Joanne Kelly of Old Saybrook, Conn.

She was a native of Brooklyn who had been active in church life, especially in St. Paul’s, Court Street, and Our Lady Help of Christians, Midwood.

A Mass of the Resurrection was celebrated in St. Bernadette’s Church, Dyker Heights.

In addition to Sister Maryann, she is survived by another daughter, Jeanne Ramirez, and son, Frank. 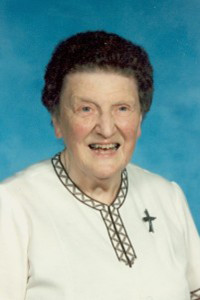 She entered the congregation in 1945 from St. Pascal Baylon parish, St. Albans.

She worked in the ministry to the homebound, 1992-2001, until she retired to Maria Regina Residence, Brentwood.

A Mass of Christian Burial was held in Maria Regina Chapel, Brentwood, Aug. 9.